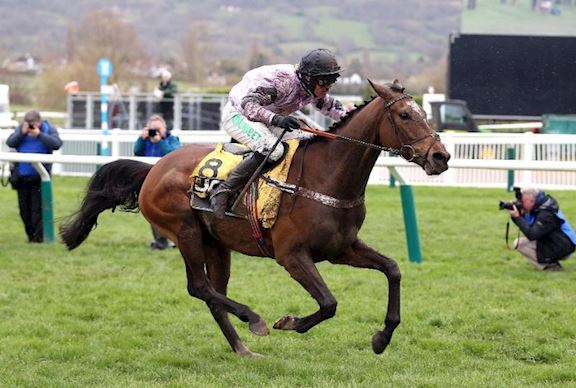 The two-mile, one-furlong contest is a leading trial for the £450,000 G1 Unibet Champion Hurdle at Cheltenham on day one of The Festival™ presented by Magners in March.

Trained by Nicky Henderson, Pentland Hills (11/8 favourite with Unibet) is unbeaten in three starts over hurdles and ended last season as the top-rated juvenile hurdler in Britain and Ireland.

Following a minor victory at Plumpton in February, the son of Motivator sprung a 20/1 surprise in the G1 JCB Triumph Hurdle at The Festival and followed up with a battling success in the G1 Doom Bar Anniversary 4-Y-O Hurdle at Aintree.

Henderson has also entered Call Me Lord, who was just touched off in Ascot's G2 Coral Hurdle last month, as the Lambourn trainer bids for an unprecedented sixth Unibet International Hurdle.

Dan Skelton is hoping Ch'tibello, the 100/30 second favourite with Unibet, can pick up from where he left off after an excellent end to last season.

The eight-year-old provided Skelton with a third success in the G3 Randox Health County Handicap Hurdle at The Festival before ending the campaign with a close third in the G1 Aintree Hurdle.

Skelton said today: "Ch'tibello is in good shape and the plan is to run in the Unibet International Hurdle.

"I am very happy with him - he is an older, stronger horse now - and we have to come out of handicaps having won the County Hurdle.

"Obviously, Pentland Hills is going to be there but we are looking forward to seeing how Ch'tibello gets on."

Australian jumper Big Blue, trained by former jump jockey Ciaron Maher and David Eustace, is set to line up. He was a talented Flat performer in France when trained by Andre Fabre and, since moving to Australia, has captured the St Leger at Randwick and the Galleywood Hurdle at Warrnambool.

The highlight over fences on day two of The International is the £130,000 G3 Caspian Caviar Gold Cup (1.55pm), a handicap chase over two miles and five furlongs.

Course scorer Champagne Well (Fergal O'Brien) is one of nine entries in the other graded contest on the card, the £32,000 G2 Albert Bartlett Novices' Hurdle (2.30pm) over three miles. Nigel Twiston-Davies, who has captured this race with Wholestone and Blaklion in recent years, has entered the exciting Mossy Fen and Redford Road, runner-up to Valtor (Nicky Henderson) at Ascot last month.

The International starts on Friday, 13 December, when the highlight is the £60,000 G3 BetVictor Handicap Chase (2.30pm, 14 entries) over three and a quarter miles.

The going at Cheltenham is:

Good, Good to Soft in places (Chase and Hurdle)

The outlook is unsettled with up to 20mm of rain forecast through the week.