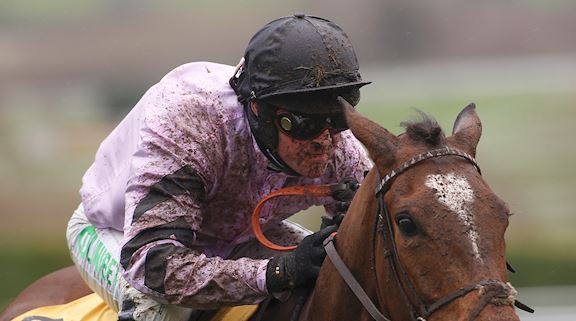 Envoi Allen, Shishkin and The Big Breakaway among novice hurdlers entered for The Festival™ presented by Magners

Ante-post fancies Shishkin (Nicky Henderson) and Abacadabras (Gordon Elliott IRE) headline 86 entries for The Festival curtain raiser, the Sky Bet Supreme Novices' Hurdle. Both horses are likely to be in action this weekend, with Shishkin entered at Sandown Park and Abacadbras pencilled in for Leopardstown's Dublin Racing Festival.

Twice-raced hurdler Captain Guinness is likely to head straight to Cheltenham after going down narrowly to Andy Dufresne in the G2 Moscow Flyer Novice Hurdle at Punchestown on 12 January. That came on the back of an eye-catching racecourse debut at Navan in December, when he scored by eight lengths.

"He ran a cracker to finish second to Andy Dufresne in the Moscow Flyer. It was a huge performance given it was just his second start over hurdles.

"He is a very exciting horse and, although he was entered at Leopardstown, it just seemed a bit too close after Punchestown, so the Supreme is probably next for him."

The five-year-old already has form at Cheltenham this season, having been narrowly denied by Quel Destin on heavy ground in the valuable Masterson Holdings Hurdle at The Showcase in October.

Trainer Peter Fahey, who is based in Co Kildare, said: "Soviet Pimpernel is very well and we have decided to head straight for the Sky Bet Supreme Novices' Hurdle.

"He has been bought by Brian Acheson's [Robcour] partnership and it's great to have a horse in those colours in the stable.

"He could have gone to the Dublin Racing Festival, but we are going to keep him fresh and head straight for the Supreme.

"He is a horse we like and hopefully he would have a good chance on his best form. He ran very well at Cheltenham in October before running slightly flat behind Envoi Allen in the Royal Bond.

"It was a good performance at Limerick on testing ground, but better ground in the spring will suit."

Willie Mullins, the most successful current trainer in the Sky Bet Surpreme Novices' Hurdle with six wins, has 25 entries in total. His team includes Asterion Forlonge, who scored easily in a maiden hurdle at Naas on 5 January.

The unbeaten Envoi Allen (Gordon Elliott), heads the market at 13/8 with sponsor Sky Bet but is more likely to head to the G1 Ballymore Novices' Hurdle (122 entries) according to his trainer. Last season's G1 Weatherbys Champion Bumper hero is unbeaten in seven starts under Rules, most recently taking the G1 Lawlor's Of Naas Novice Hurdle on 5 January.

Envoi Allen's exciting stablemate Easywork and the J P McManus-owned Chantry House (Nicky Henderson), the winner of a maiden hurdle at The International, are also engaged.

Fury Road, another Gordon Elliott inmate, and the hugely exciting The Big Breakaway (Colin Tizzard) are among 99 entries for the Albert Bartlett Novices' Hurdle. Both horses are unbeaten this season.

Other names to note include emerging Irish star Latest Exhibition (Paul Nolan), who defeated Andy Dufresne in a G2 at Navan in December, and the Willie Mullins-trained pair of Monkfish and Lord Royal.

Henry de Bromhead also issued an update on Aspire Tower, who is the ante-post favourite for the G1 JCB Triumph Hurdle (57 entries), the highlight of the season for four-year-olds.

Formerly trained on the Flat by Richard Hannon and Steve Gollings, Aspire Tower is unbeaten in two starts for current connections, latterly routing the opposition by 18 lengths in a G2 contest at Leopardstown on 26 December.

"It was great to get him off the Flat, as he had some nice form, and he was impressive at Leopardstown over Christmas.

"He is a very nice horse and we will see how he gets on this weekend, but the Triumph is obviously a possibility."

The leading British hope for the JCB Triumph Hurdle is Allmankind (Dan Skelton), who is three from three over hurdles after a relentless galloping performance in Chepstow's G1 Finale Juvenile Hurdle on 27 December.