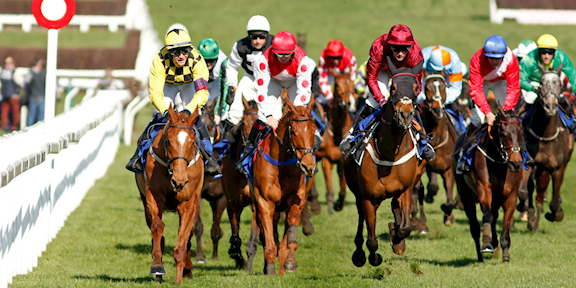 Mullins, the most successful trainer of all-time at The Festival, has now trained 85 Festival winners overall and seven in 2022.

It was a 23rd Festival victory for jockey Paul Townend and his fifth of 2022.

“I could see him [Paul Townend] coming down the hill - he had so much horse - trying to pick the right one to follow through, and he picked the right one, came through and got the outside rail, and things, when you are riding with confidence, things just fall into place for you, and that’s where Paul is at the moment.

“It’s the same with Paul every year - when things get bad, he gets better. That’s just the nature of sport, and racing, but he just fights back.

“This horse could easily have gone to the Supreme Novices’, and we’ll go back Graded race hurdling probably after this. Perhaps we’ll go for the top level at Punchestown.

“We are delighted - any day you have a winner at Cheltenham is great, and to have a double is just fantastic. Fingers crossed things stay right.”

“He is a good horse. He was keen enough throughout the race. I elected to go a little wider for a clear run on him. He must be a good horse to overcome his inexperience in a big handicap like that.

“He travelled through the race really well and we hoped he would travel through the race that well but when you come here it is all about what you find up the hill. He should have plenty more to come as he is a very nice horse.”

“I’m getting fed up of having runners up! Luckily, we had a couple of winners on the first day and since then we’ve had five finish second, which is great of course and they’ve all run fantastic.

“First Street has run a brilliant race and he’s only a novice. He was running in bumpers six months ago and now he’s come and finished second in a race like this. He’s on the upgrade all the way and I’d have thought that would be him for the year.”

“He ran a cracking race. It was run at a good solid gallop and I’m delighted for him. It’s dead ground out there.”

“He ran great. My first Cheltenham runner. but hopefully not my last! He did nothing wrong but possibly just got a little bit stuck in the holding ground up the hill, which was a worry with him. I think the winner is good but Colonel Mustard just keeps giving. I’m so proud of him as last year he was a bit of a jack the lad, but now he’s just got it. I don’t know what we’ll do next, but I’d like to find something to win with him.

“The ground is probably a little bit dead for him but he tried his heart out and galloped to the line. I can’t fault him. The winner looks a nice horse.”

“He ran really well and we’re delighted with him. It’s probably good to soft, soft ground. It’s a bit dead.”