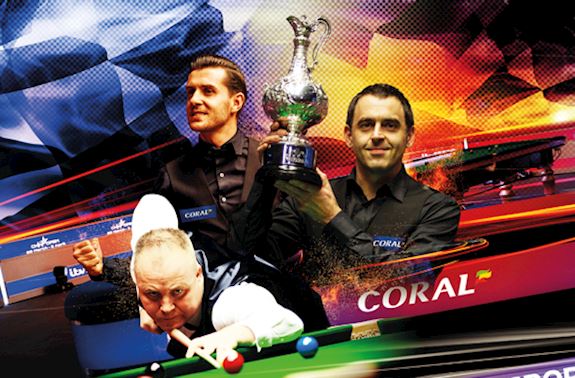 Snooker fans will have the chance to see the world’s leading players in Cheltenham in February, with tickets now available.

The Coral World Grand Prix will run from February 3 to 9 in 2020 in The Centaur at Cheltenham Racecourse.

The leading 32 players on the one-year ranking list will qualify.

The tournament was staged in Cheltenham for the first-time in 2019, with Judd Trump lifting the trophy after coming through a strong field which included top stars including Ronnie O’Sullivan, Mark Selby, John Higgins, Neil Robertson, Mark Williams and local favourite Jack Lisowksi from Churchdown. Top prize this time is £100,000.

Tickets are on sale now and prices start at just £15, with all-day tickets for the showpiece final on Sunday, February 9 costing £55, while an event pass for every session of the tournament is £180. There are also VIP packages available from £75.

A spokesman for World Snooker said:

“This is a marvellous opportunity to see the very best players on the planet. Certain sessions are sure to sell out quickly so fans must book now.

“It is sure to be a strong field packed with players in form and a tremendous spectacle of sport over the six days. We are thrilled to be heading back to a superb venue in Cheltenham for this prestigious event.”

The race to qualify started at the beginning of the season in July, and it finishes at the German Masters on February 2. The top 32 players on the one-year list at that point will qualify.

It is the first event in the Coral Series, with the best 16 going on to the Coral Players Championship, and then the top eight contest the Coral Tour Championship. All three events are televised live by ITV4.

Lee Moulson, Regional Head of Sales for the South West Region of The Jockey Club, said:

"We are absolutely thrilled that the Coral World Grand Prix is returning to Cheltenham Racecourse for a second year.

“The inaugural event was a really exciting tournament and we are expecting more thrills in 2020.

“Tickets proved incredibly popular for the first year, so we would urge people to book quickly to secure their seat.”

For all details about the competition or to book visit www.worldsnooker.com/tickets