We gave our very own Junior Jumpers™ the opportunity to name our new Mascot - and after many entries, 'Boum' was introduced!

Did you see Boum at The Randox Health Grand National?

It wasn't long until Boum got invited to enter the Mascot race at The Randox Health Grand National on Saturday 6th April 2019. Check out how Boum got on...

Boum was amongst famous football and racing stars on Wednesday 17th April at Cheltenham Football Club, including:

Luckily Boum scored in the penalty shoot out at half-time, impressing everyone including Harry Rednapp! 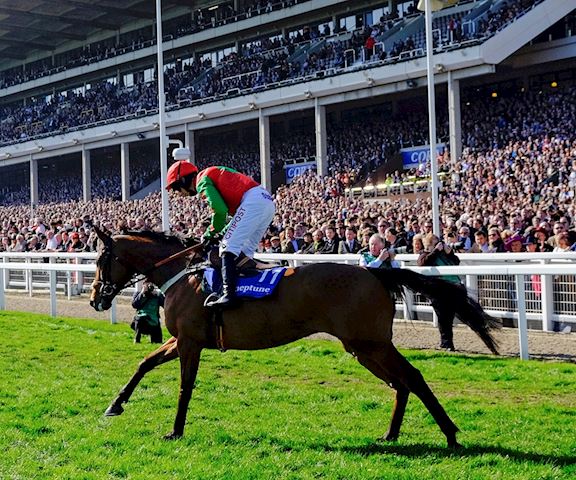 What's On at Cheltenham Racecourse

What's on at Cheltenham Racecourse? View all our upcoming live events and racedays.