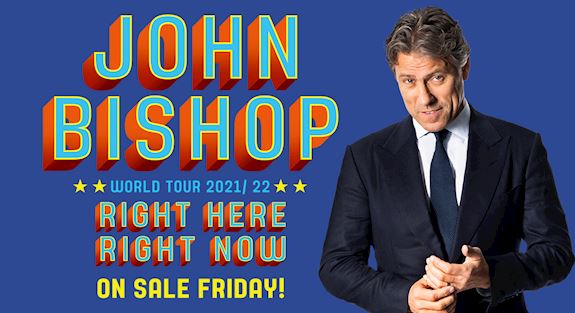 John Bishop in The Centaur

Kicking off in Peterborough on 21 September 2021, this huge tour will visit major theatres and arenas around the UK and Ireland before culminating at The O2 in London on 8 April 2022. Tickets go on sale at 10am this Friday, 18 September from JohnBishopOnline.com.

Please note these new dates are separate to the rescheduled 2020 ‘Work In Progress’ shows, which will now take place next year due to Covid-19 theatre closures.

On announcing the World Tour, John said: “I’m excited to announce these new dates for my brand new show ‘Right Here, Right Now’, which will kick off in the Autumn next year. After the last six months we’ve all endured, it feels like a lifetime since I last performed in front of a live audience. There’s nothing like stand-up comedy to put a smile back on your face, so I can’t wait to get back out on the road to perform this new show across the UK, Ireland and around the world.”

This will be John's eighth tour and his first since 2017/2018, when he performed to over 400,000 people on his critically acclaimed 'Winging It' tour.  'Right Here, Right Now' will around the country As well as dates in Ireland, Europe, Canada and America.

John Bishop has had an incredible career. Within three years of his first ever comedy gig in 2000, John was playing to sold out arena audiences across the country and released the fastest selling stand-up DVD in UK history.

Earlier this month John launched a new podcast with writer, actor and director Tony Pitts called ‘Three Little Words’, in which the two friends talk to fascinating people about their lives, hopes, struggles and beliefs. The show features a rich mix of guests, from world famous celebrities to scientists, politicians, artists and sports stars, each with an unforgettable story to share. Each guest brings along the three words that mean something important to them - plus the one word they never want to hear again. 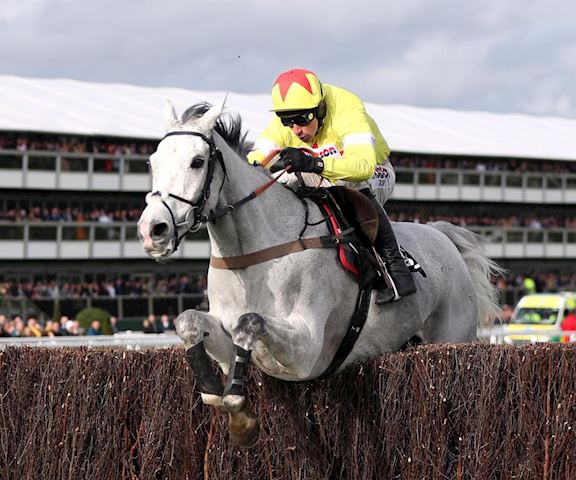 Declared runners for Day Two of The Festival™ supporting WellChild 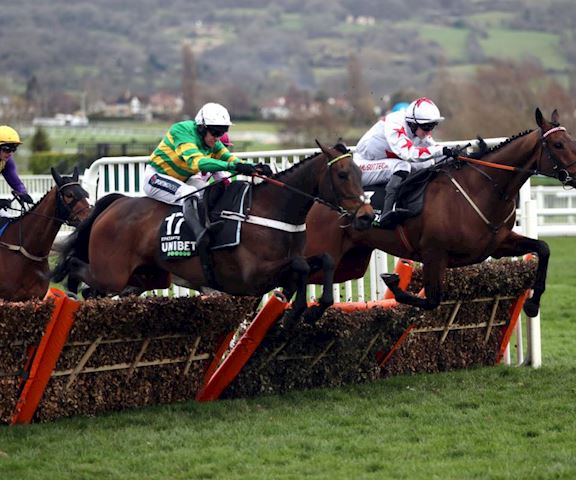 Declared runners for Day One of The Festival™ supporting WellChild