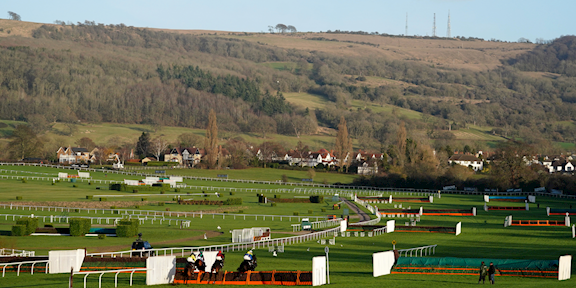 Ryanair, Europe’s no.1 airline and the air travel partner of The Festival™, is today (7th Mar) announced as the sponsor of a second race on Day Three of The Festival (Thursday 17th March) – the Ryanair Mares’ Novices’ Hurdle.

The company has sponsored the feature Grade One Ryanair Chase on the same day since 2006 and has now added its name to the Grade Two contest, which was introduced in 2016 and won last year by the Henry de Bromhead-trained Telmesomethinggirl. The prize fund for the extended two-mile event is £105,000.

“Ryanair is proud of our longstanding association with the Cheltenham Festival. Each year, we carry more than 20,000 passengers to and from Cheltenham, with our high frequency, easily accessible services through Liverpool, Manchester, Birmingham and Bristol Airports. Forward bookings this year are at record levels as people begin to move again following almost two years of disruptions caused by the COVID-19 pandemic.

All of Ireland is looking forward to the return to normality at Cheltenham, which will hopefully see Irish trained horses batter their English competitors, shortly after Ireland bashes Boris’s boys at Twickenham on Saturday.

We still have a small number of seats available for people wishing to travel to Cheltenham, either for the entire four days of The Festival, or out and back on our daily services. These seats are selling out fast, and so are tickets at the Cheltenham Festival, so we urge everyone to book now and avoid disappointment.”

“Our thanks go to all the team at Ryanair for generously adding a second race to their sponsorship portfolio at The Festival.

With sponsorship of the Ryanair Chase stretching back to 2006, Ryanair is a firm friend of Cheltenham and this new sponsorship of the Mares’ Novices’ Hurdle further strengthens our partnership. With Day Three of The Festival falling on St Patrick’s Day in 2022, it seems very appropriate.”