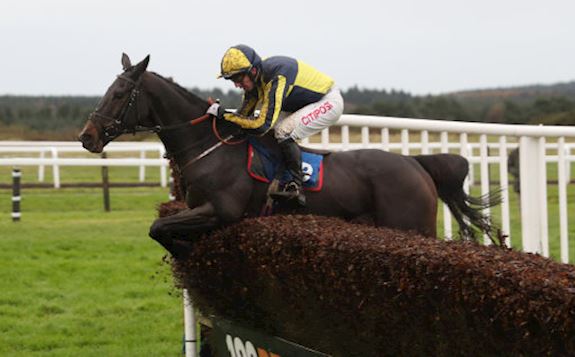 Friday, December 7, 2018 – Talented performer Barney Dwan is under consideration for the £130,000 G3 Caspian Caviar Gold Cup (37 entries), staged over an extended two and a half miles at Cheltenham next Saturday, December 15, day two of The International.

Barney Dwan (Fergal O’Brien), who has been allotted 10st 3lb in the Caspian Caviar Gold Cup, has been placed at The Festival™ presented by Magners for the last two years.

Owned by Paul and Clare Rooney, the eight-year-old ran an excellent race over hurdles in 2017 when second behind rising star Presenting Percy in the Listed Pertemps Network Final over three miles and this year finished fourth in the Listed Close Brother’s Novices’ Handicap Chase over an extended two and a half miles.

Barney Dwan started this season with an encouraging fifth behind Charbel and subsequent BetVictor Gold Cup scorer Baron Alco (Gary Moore) in a handicap chase over just shy of two and a half miles at Chepstow on October 14.

He was last seen out when a close third in the Anne Duchess Of Westminster Memorial Handicap Chase over three miles at Bangor on November 14.

Trainer Fergal O’Brien, who is based not far from Cheltenham near Guiting Power, said today: “Barney Dwan is well. We will leave him in and see how the ground and field is shaping up for the Caspian Caviar Gold Cup.

“He will also have an entry in the G3 CF Roberts 25 Years Of Sponsorship Handicap Chase over three and a quarter miles on the Friday.

“I felt I might have left him a little bit short when he ran at Chepstow but Noel [Fehily] said that he was crying out for three miles. Then I am not really sure if he handed the track at Bangor – all he did was stay on.

“He has a high mark of 141 and it is his first season over fences in open handicaps. It could be tricky for him this season.”

The five-day confirmation stage for the Caspian Caviar Gold Cup is at noon on Monday, December 10.

Other highlights of The International, which gets underway on Friday, December 14, include the final leg of the Crystal Cup (https://crystalcup.org), a pan-European series comprising 10 cross country races, with the running of the Glenfarclas Cross Country Handicap Chase, the £60,000 G3 CF Roberts 25 Years Of Sponsorship Handicap Chase and the £32,000 G2 Albert Bartlett Novices' Hurdle.

Entries for day one of The International will be revealed tomorrow, Saturday, December 8.

Cheltenham Racecourse is situated in Prestbury on the northern outskirts of the historic spa town of Cheltenham. The Home of Jump Racing, Cheltenham Racecourse is the venue for the world's pre-eminent Jump meeting. The Festival™ presented by Magners, which happens in March over four days every year, next takes place from Tuesday, March 12, to Friday, March 15, 2019 inclusive and tickets are on sale. Set against the beautiful backdrop of the Cotswolds, Cheltenham Racecourse is a stunning natural arena and offers the highest-quality action throughout the Jump season.  More information is available at  www.cheltenham.co.uk  and through Twitter (@CheltenhamRaces), Facebook  www.facebook.com/thehomeofjumpracing  and Instagram (@CheltenhamRaces).