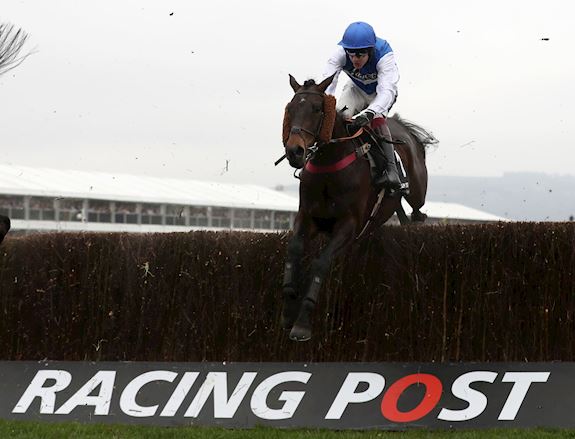 Monday, December 31, 2018 – Jump Racing gets off to the perfect start in 2019 with a tremendous seven-race card at Cheltenham tomorrow, New Year’s Day, Tuesday, January 1.

New Year’s Day at Cheltenham offers a fabulous mix of Graded action and competitive handicaps – the gates open at 10.30am and accompanied children aged 17 and under gain FREE admission. All racehorses become a year older on the day.

The richest race on New Year’s Day is the £75,000 Download The BetBright App Handicap Chase (2.00pm, nine runners) over an extended two and a half miles.

The weights are headed by Aso (Venetia Williams/Charlie Deutsch, 11st 12lb), who finished third in the 2017 Ryanair Chase at The Festival™ presented by Magners and was successful on his seasonal reappearance at Newbury on November 30.

Trainer Paul Nicholls has been enjoying a fabulous Festive period and relies on Give Me A Copper (Harry Cobden, 10st 13lb). The lightly-raced performer, part owned by Sir Alex Ferguson and television presenter Jeremy Kyle, won on his latest appearance in a novices’ chase at Kempton Park in November, 2017, having unseated Harry Cobden on his chasing debut at Kelso the previous month. He has only raced six times in all.

“Give Me A Copper is in good form and he heads to Cheltenham on New Year’s Day. He jumped well when winning at Kempton and we are looking forward to running. I love this horse to bits. He came back a bit jarred up after his win over fences at Kempton last autumn, so we were forced to draw stumps. We have played a patient game with him all along, but I hope it will be rewarded as he is a huge talent who can win a big one somewhere down the line.”

Ballyhill (Nigel Twiston-Davies/Sam Twiston-Davies) won this contest a year ago and scored at Aintree last time out on December 8, while Born Survivor (Dan Skelton/Harry Skelton, 10st 11lb) was successful in Listed company at Wetherby in November.

Trainer Nigel Twiston-Davies enjoyed a double on this day in 2018 with Ballyhill and Wholestone (Daryl Jacob), who tomorrow attempts to retain his crown in one of the day’s two G2 contests, the £50,000 G2 Dornan Engineering Relkeel Hurdle (3.10pm, six runners) over an extended two and a half miles.

He began the current campaign when winning a two and a half-mile conditions hurdle at Aintree in October and was last seen when fifth on the G2 Long Distance Hurdle at Newbury on November 30.

Jockey Daryl Jacob, who is retained by Wholestone’s owners Simon Munir and Isaac Souede, reported: “Wholestone has been fine since Newbury. His two disappointing runs have both come there so maybe it is the turf there which is a problem for him if he can’t quite get his toe into it - he doesn’t seem as comfortable on it.

“There have been no problems with him since then and he has been working very well at Nigel’s. He is a horse who likes Cheltenham, he really enjoys the track and we’re going back there with high hopes for a good run. We think Wholestone is well, his work has been good & hopefully he can put up a bold show. With regards to the trip, he is very adaptable and he’s won over two and a half and he also stays three miles. I don’t think he is necessarily better over either trip. He’s got plenty of stamina as well as speed and hopefully we see the real Wholestone on New Year’s Day.”

Also lining up in the Dornan Engineering Relkeel Hurdle is Old Guard (Paul Nicholls/Harry Cobden), a dual Cheltenham winner towards the end of 2015, when taking the G3 Unibet Greatwood Handicap Hurdle and the G2 Unibet International Hurdle, both over an extended two miles.

Old Guard finished fourth in Dornan Engineering Relkeel Hurdle 12 months ago and has twice been placed in G2 company so far this season, mostly recently in the Ascot Hurdle over nearly two and a half miles on November 24. The seven-year-old, part-owned by Kyle, was last seen when sixth in the G2 Unibet International Hurdle at Cheltenham on December 15.

“Old Guard came out of the International well. He has been kept busy this season, but remains in good order. The step back up in trip should suit him and he is back at a track where he excels.”

Crucial Role (Dan Skelton/Harry Skelton) was an impressive scorer last time at Uttoxeter, while On The Blind Side (Nicky Henderson/Nico de Boinville), a dual G2 winner over hurdles, is set to make his chasing debut.

The latest going at Cheltenham is Good to Soft, Good in places

Conditions are forecast to be partly cloudy, dry and mild.