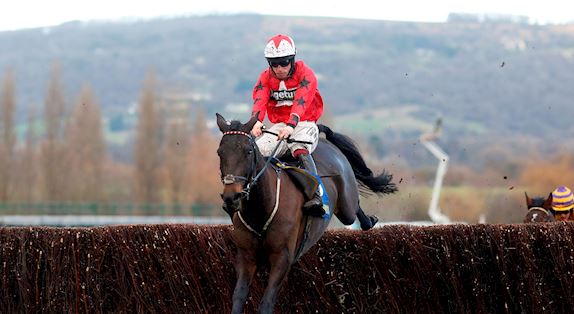 Locally-based trainer Nigel Twiston-Davies has landed this contest for three of the past five years, including in 2018 with Ballyhill.

Clyne (Evan Williams) made a very encouraging return this season when the two and a half-length second to Unowhatimeanharry in the G2 Long Distance Hurdle at Newbury on November 30 – his first attempt at three miles. The son of Hernando has six victories to his name; four at two miles, one at two miles and three furlongs and the most recent over two and a half miles at Uttoxeter in March.

Clyne also finished a creditable third in the G1 Betway Aintree Hurdle at over two and a half miles at Aintree in April and the eight-year-old’s trainer is considering going for the Dornan Engineering Relkeel Hurdle.

Williams, based at Llancarfan in the Vale of Glamorgan, said today:

“I was delighted with Clyne’s performance in the Long Distance Hurdle at Newbury. It was a competitive contest against some high-quality staying hurdlers and he ran a great race. Cheltenham on New Year’s Day for the Dornan Engineering Relkeel Hurdle would be a definite possibility at the moment. Clyne got outpaced early but stayed on well at Newbury and these races look the way to go. He also likes cut in the ground. He is not a horse who wants to go right-handed - he showed at Newbury that he lugs to the left. Clyne, out of the first four only once in his 18 starts, has yet to race at Cheltenham, a left-handed track."

The Family Fun Zone, located in the tented village for Club/Tattersalls ticket holders, has a whole host of activities on offer for younger racegoers on New Year’s Day, from rosette making and giant inflatables to walking pet balloons and the Wheel of Fortune.

There is FREE entry for all accompanied racegoers aged 17 and under.

Club and Tattersalls ticket holders will be able to enjoy live music from favourites The Wickermen who are performing throughout the day in The Guinness Village to get your 2019 off to a fantastic start.

Enjoy live music in The Centaur after racing from the Hipcats Big Band. The Hipcats are well-known for their brilliant performances of upbeat jazz and swing with a cool and contemporary twist – songs you know and love with a few surprises too. Their stellar line-up of musicians has performed at top venues across the UK and they are always a great hit.