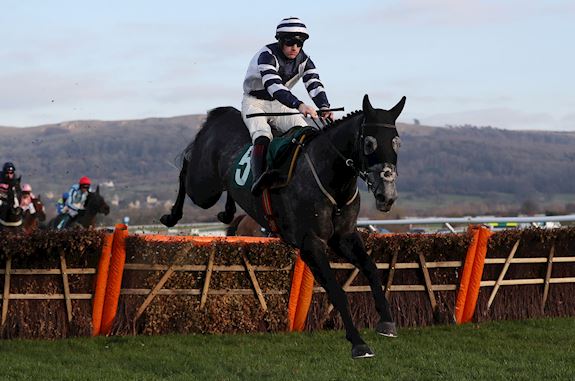 Wednesday, February 20, 2019 - The build-up to The Festival™ presented by Magners continues today with the unveiling of the acceptors for the seven G1 championship novices' races, plus the G2 novices' chase for amateur riders, the National Hunt Chase, following yesterday's scratchings' deadline.

Grand Sancy (Paul Nicholls) is next best on 161 following his game victory against more experienced opposition in the G2 Kingwell Hurdle at Wincanton on February 16.

Lalor (Kayley Woollacott, 169p) put down a marker when winning the G2 Racing Post Arkle Trial Novices' Chase at The November Meeting, as did Glen Forsa (Mick Channon, 169p) with a 19-length victory in the rearranged G2 Kingmaker Novices' Chase at Sandown Park on February 15.

Ok Corral (Nicky Henderson, 165p) would, if successful, give owner J P McManus his seventh victory in the £125,000 G2 National Hunt Chase (44 acceptors), for amateur riders, which is the longest race of The Festival at nearly four miles.

Willie Mullins and Gordon Elliott have won five of the last eight renewals of the National Hunt Chase between them. Mullins' one entry going forward is Ballyward (168p), successful in G3 company at Naas at the end of January, while Elliott's six contenders are led by Champagne Classic (160p), winner of the 2017 Martin Pipe Conditional Jockeys Handicap Hurdle at The Festival.

Delta Work is the leading novice chaser in Ireland with top-level victories at Fairyhouse and Leopardstown, while Santini caught the eye when third in the G1 Kauto Star Novices' Chase at Kempton Park on Boxing Day, a race in which Topofthegame (Paul Nicholls, 169p) finished second.

They have already clashed at Cheltenham this season, in the G2 BetBright Dipper Novices' Chase on New Year's Day, when Lostintranslation rallied gamely to win by three-quarters of a length.

Hot favourites Sir Erec (Joseph O'Brien IRE, 167p) is the headline act among 40 acceptors for the £125,000 G1 JCB Triumph Hurdle over two miles and a furlong on Gold Cup Day.

The leading British-trained hope is Quel Destin (Paul Nicholls, 158), who has won his last five including Graded contests at Cheltenham, Doncaster and Chepstow.

Nicholls has also confirmed Pic D'Orhy (166), who has not raced since finishing second in a G1 three-year-old hurdle at Auteuil, France, for former trainer Francois Nicolle in November.