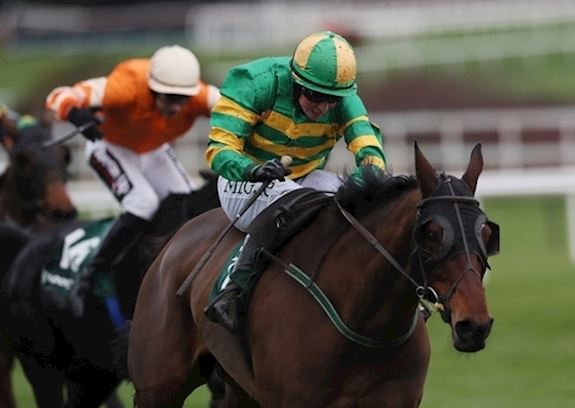 Bolger, dubbed "the King of the Banks" is set to be doubly represented in the unique contest, courtesy of Auvergnat and Josies Orders. The former captured the valuable Paddy Power Chase at Leopardstown over an extended three miles in December and finished fourth to Tiger Roll, trained by Gordon Elliott, in the 2018 edition of the Glenfarclas Chase.

Josies Orders, the 2016 winner of Wednesday's contest, was sixth to Tiger Roll last year and has already tasted success over the Cross Country fences at Prestbury Park this season at The November Meeting.

The 11-year-old son of Milan recorded a two-length success on his latest start in a Cross Country contest at Punchestown in February.

Bolger has won the Glenfarclas Chase on five occasions courtesy of Spot Thedifference (2005), Heads Onthe Ground (2007), Garde Champetre (2008 & 2009) and Josies Orders (2016). He reported today: "Our horses have travelled over well. We just had a walk of the track and it's going to be good to soft, good in places, which shouldn't affect any of our horses - I'm looking forward to it.

"I would say this year's Glenfarclas Cross Country Chase is the best renewal of the race. Obviously, Tiger Roll is the one we all have to take on and is the standard bearer. There's 32 fences to be jumped and we're looking forward to the race.

"Auvergnat won a nice pot over Christmas at Leopardstown and we intentionally have kept him fresh for this event.

"Josies Orders also won nicely at Punchestown on his latest start. Both of the horses know their way around here well and we're looking forward to good runs, but Tiger Roll is the horse you have to seriously respect.

"I haven't had a winner at the Cheltenham Festival since On The Fringe won the Foxhunters three years ago."

Bolger, has saddled eight winners at The Festival™ presented by Magners, with Elegant Lord (1996) and On The Fringe (2015 & 2016) capturing the £45,000 St James's Place Foxhunter Chase (4.10pm, 3m 2f 70y). He looks to hold a live chance in this year's renewal, staged on Gold Cup Day, Friday, March 15 with Stand Up And Fight, a winner of a hunter chase at Down Royal in December. The trainer continued: "Stand Up And Fight will be ridden by Derek O'Connor and we think he is a very nice horse.

"Being a seven-year-old, he is a relatively young horse for the Foxhunters. Wherever he finishes, I think he will be a better horse next season as this is his first run at Cheltenham, but we're looking forward to running him."

Altior will face eight rivals, as he did in 2018, when he bids for a fourth Festival win in Wednesday's G1 Betway Queen Mother Champion Chase (3.30pm), in which success would bring up two significant jumping records.

Altior also beat Min by seven lengths in the 2016 Supreme Novices', and the betting suggests he has no other rival to fear following Willie Mullins decision to save the eight-year-old's stable-mates Footpad and Un De Sceaux for Thursday's G1 Ryanair Chase, which Un De Sceaux won in 2017.

Sponsors Betway make Altior a 2/5 chance and have Min their clear second best at 4/1. It's then 14/1 Alan King's Sceau Royal, who was last seen finishing second in Wincanton's G2 Kingwell Hurdle, and 22/1 the Paul Nicholls-trained Politologue.

Three-time G1 winner God's Own, who has twice been in the frame in the Queen Mother and will be making his fifth appearance at the meeting, is among the 33/1 chances, along with last year's Arkle fourth Saint Calvados.

Harry Whittington is trying cheekpieces on Saint Calvados, who has been beaten twice since winning at Naas in November, and said: "He has been in great form since his trip to Leopardstown, where the ground was too quick for him and he didn't jump with the same fluency.

"He has schooled fantastically and had a spin round Newbury which he really enjoyed. Soft ground will suit him and we couldn't have him in better form at home this time, with the horses coming into good at just the right time. We are very hopeful that he will run a big race." 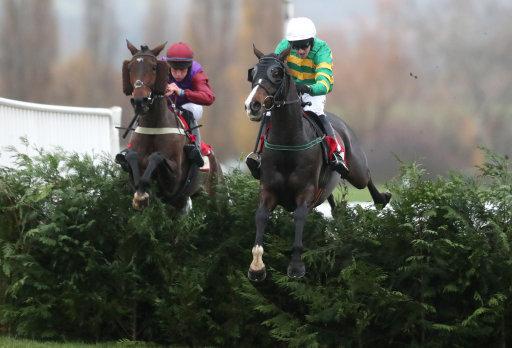 On the eve of The Festival™ presented by Magners, Ian Renton, The Jockey Club's Regional Director, Cheltenham & The South West, is looking forward to four superb days' racing.

Asked which race he is most excited about, Renton replied: "The Magners Cheltenham Gold Cup is absolutely fascinating. We've got the first and second from last year's unbelievable contest, Native River and Might Bite, and with Presenting Percy, Clan Des Obeaux and others, it is an extraordinary race this year, so I'm probably looking forward to that most."

Cheltenham continually strives to improve its facilities and the service it offers, and Renton said: "We've made a few changes in the past couple of days to some of the facilities to try to ensure they can withstand what is forecast to be a bit of a blustery few days, to reduce the exposure to the winds in the hope that we can have four cracking days' racing. We have thought through every potential eventuality on the basis that the more one thinks and plans for events, the greater the likelihood that we can continue with a great four days. We might have a slightly soggy start to the meeting tomorrow, so we encourage racegoers to come dressed for the occasion!"

New facilities for 2019 include The Orchard, a new brand activation area, which hosts the likes of Bentley, Boodles, John Lewis, Magners and others.

Renton said: "It's a bit of a change for us here and modelled a little on The Birdcage at Flemington Racecourse in Australia, and we plan to build that up in time to a large brand activation area. We look forward to all our brands having some nice activity there.

"And for the first time The Festival has its own on-course pub, The Horse & Groom, overlooking the final two fences of the racecourse. which offers hospitality packages to 300 racegoers a day with high-quality pub food and fixtures such as a jukebox in a relaxed, comfortable atmosphere."

"The Princess Royal and the Duchess of Cornwall are due to present trophies to winning connections at The Festival this week - as is Liz Hurley, and we have a number of other celebrities coming to enjoy the racing and everything Cheltenham has to offer."