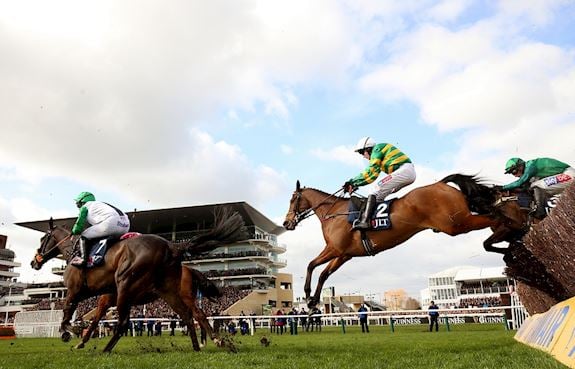 DEFI DU SEUIL GETS HOBBS BACK IN THE GAME
The 3/1 favourite Defi Du Seuil gave trainer Philip Hobbs his 20th winner at The Festival™ presented by Magners when taking the JLT Novices' Chase. It was Somerset-based Hobbs' first Festival success since Defi Du Seuil took the JCB Triumph Hurdle in 2017 - and his first in the JLT Novices' Chase.
It was a record 56th Festival triumph for owner J P McManus.
The Barry Geraghty-ridden Defi Du Seuil beat Lostintranslation (Colin Tizzard/Robbie Power) by two and a quarter lengths. It was the third meeting between the two novice chasers this season and the decider after one victory for each.
An emotional Hobbs said: "He's amazing. He's very, very tough and his jumping is fantastic. Sometimes these smaller horses are better at the whole thing because they are more athletic.
"He only ran twice last season, but the horses weren't 100% healthy and if they are not, they are not going to win.
"He's been our main flagship now for a while. He jumped beautifully and had a great run all the way round - it couldn't have gone better. It's the third time in the last three runs that we have met Lostintranslation. How we got beat [here at Cheltenham in the G2 Dipper Novices' Chase on New Year's Day] I don't know, because he got to the front so easily and then stopped there a little bit, so he's obviously better coming late.
"I was quite confident that he was in a great rhythm and there was not one blip - every fence was fantastic. Great run throughout. He was left in both this and the [two-mile] Arkle until the last minute to leave all our options open - there was no point deciding until we had to. To be realistic, I think he could have won both, anyway.
"It's too early to think about next season, but if we had to guess at this stage, I'd say probably the Ryanair Chase [over two and a half miles, the same trip as the JLT Novices' Chase]."
DEFI DELIVERS
3/1 favourite Defi Du Seuil justified favouritism with a game performance to land the two mile and four furlong G1 JLT Novices' Chase for trainer Philip Hobbs.
Ridden by Barry Geraghty, the six-year-old son of Voix Du Nord produced a fine leap at the last and galloped on relentlessly up the Cheltenham hill in the green and gold hoops of J P McManus, to master old foe and long-time leader Lostintranslation (4/1), trained by Colin Tizzard, by two and and a quarter-lengths.
Defi Du Seuil was registering his second victory at at The Festival™ presented by Magners having captured the G1 JCB Triumph Hurdle in 2017.
Geraghty, recording his 37th victory at The Festival in total and first this year, is the second most successful rider in the meeting's history.
He said: "Defi Du Seuil is a very good horse and Philip has a done a great job."
"They are two really good horses. Lostintranslation done me here a few months ago, then we got him back at Sandown, and the form has stood again today.
"I got in tight at the second last so I was banking on a big one at the last and he came up trumps.
"We got beaten in the Dipper and I wanted to do something different, so we opted to deliver him late in the Scilly Isles and it worked out then. Thankfully, it worked out today again.
"He is an open book - he definitely has got quality. We will enjoy the win, enjoy the summer and look forward to next year.
"Defi Du Seuil was a high-class juvenile, but he lost his way last season. He is only just getting back to the level that he showed as a juvenile."
Defi Du Seuil earned a quote of 6/1 for next year's G1 Ryanair Chase with Ladbrokes.
1.30pm JLT Novices' Chase (Grade 1)
1 Defi Du Seuil (J P McManus) Philip Hobbs 6-11-04 Barry Geraghty 3/1f
2 Lostintranslation (Taylor & O'Dwyer) Colin Tizzard 7-11-04 Robbie Power 4/1
3 Mengli Khan (Gigginstown House Stud) Gordon Elliott IRE 6-11-04 Jack Kennedy 9/1
10 ran
Distances: 2¼, 7
Time: 4m 59.53s
Tote Win: £3.60 Places: £1.60, £1.60, £3.30 Exacta: £10.80
Philip Hobbs - 20th winner at The Festival
Barry Geraghty - 37th winner at The Festival 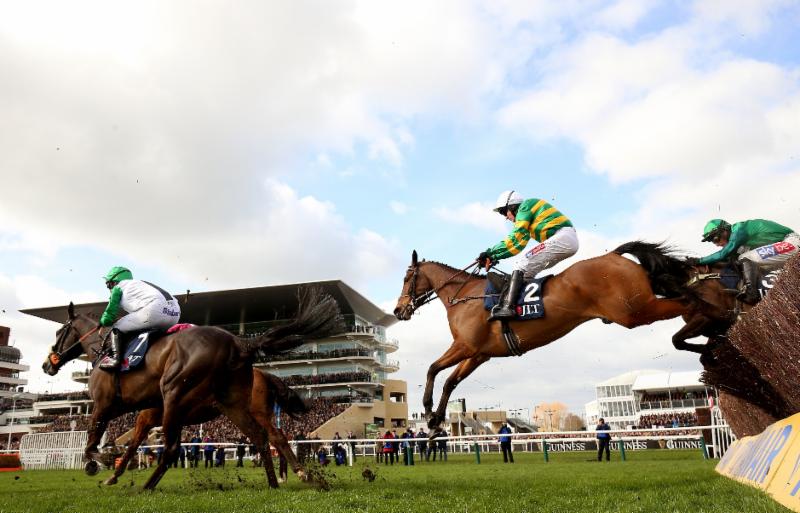 LOSTINTRANSLATION DOES EVERYTHING RIGHT BUT LACKS DEFI DU SEUIL'S PACE AGAIN
Colin Tizzard can't wait to step Lostintranslation (4/1) up to three miles after the seven-year-old was outpaced by his old rival Defi Du Seuil (3/1 favourite) from the last fence of the G1 JLT Novices' Chase and beaten two and a quarter lengths.
The pair have now finished first and second in three Graded novice chases this season, but Defi Du Seuil has had the upper hand the last twice.
Tizzard said: "We left it to Robbie (Power) because he knows him better than any of us, and he gave Lostintranslation a lovely ride.
"That was a lovely run and they blew the rest out of the way, but the other horse just has too much pace for us. For me Lostintranslation is aching for three miles.
"We were slightly concerned about the going, because we've never run him before on soft ground, but he's loved it. He's a gorgeous horse and we are lucky to have him."
Irish-trained runners had dominated the previous eight runnings of the JLT, winning all but one of them, but third place with the Gordon Elliott-trained Mengli Khan (9/1) was the best they could manage this time.
POWER PREDICTS LOSTINTRANSLATION COULD BE A CHELTENHAM GOLD CUP HORSE
Robbie Power, the rider of the second Lostintranslation who made the running before being headed on the run-in to go down by two and a quarter lengths to old rival Defi Du Seuil, said:
"I am delighted with my horse, he has done nothing wrong.
"He travelled and jumped really well everywhere. No excuses - the best horse on the day has beaten us - but I am looking forward to my lad next season as I think he is going to be a proper three-miler chaser.
"He has a huge big stride, which he uses well, and he jumps well. He has done nothing wrong today, but I think that we could have a Gold Cup horse further down the road."
GOING AFTER THE FIRST
Barry Geraghty, rider of the 3/1 favourite and winner Defi Du Seuil, said: "Good to soft - a bit dead in places."
Robbie Power, partner of 4/1 second-placed Lostintranslation, said: "Soft with a bit of good."
Jack Kennedy, on board third Mengli Khan (9/1), said: "A bit dead."
Harry Cobden, partner of Capeland, said: "It is lovely soft ground."
Daryl Jacob, on board Kildisart, said: "Soft."
Paul Townend. jockey of Real Steel, said: "Good to soft."
David Bass, partner of Vinndication, said: "Soft. Much fresher ground than I thought."
Paul O'Brien, jockey of Castafiore, said: "Mostly good to soft - a bit more good than soft.
David Mullins, the rider of Pravalaguna, said: "Yielding."