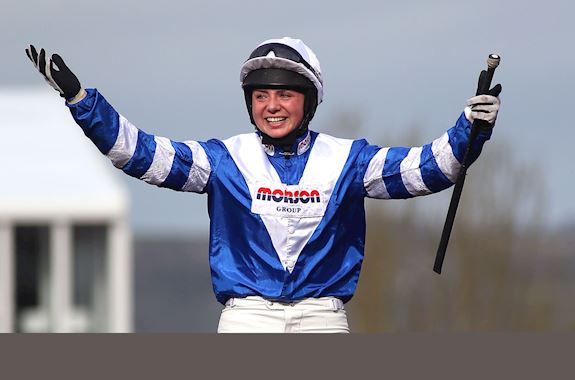 FROST MAKES HISTORY AS FRODON TAKES RYANAIR
Bryony Frost returned to a huge reception after making Cheltenham Festival history as the first female rider ever to win a top-level race at the meeting on her great pal Frodon (9/2) in what looked the hottest G1 Ryanair Chase in years.
Cheltenham specialist Frodon forced the pace from the start but looked in trouble when headed by Aso (33/1) two out. However the pair found extra reserves from somewhere and forced their way ahead again on the run-in, winning by a length and a quarter.
Frost stood up in the saddle and pointed proudly to Frodon with both hands as she returned to the winner's enclosure, where she was given an emotional welcome from the horse's connections and from her father Jimmy, who numbered a Champion Hurdle win on Morley Street among three Festival wins, her mother Nikki, and her brother Hadden, who was also a Festival winner and had travelled from the USA for the meeting.
Wiping away tears she said: "Frodon has got his day. He is Pegasus, he has wings, and he is the most incredible battler. He travelled and by God he jumps. When he got overtaken two out, most horses would quit, but he grabbed me by the hands and said 'don't you dare give up, don't you dare not send me into the last, I want this more than you, now come on!'
"He is the perfection of determination. Look at what he has done there and tell me he does not love racing. He is unbelievable. The dream he has just made come true for me is just incredible. He deserves every single pat, carrot and polo. This is his day."
She added: "What can I say about that. Honestly out there we were just in synch. Literally pour heartbeats were probably together, and every time I needed him to come up a bit longer and take a bit more of a chance with a fence, just to keep him there for me, just to give him those moments and have those few breathers he was brave.
"We had to be brave. Every time he's won, he's won by being the bravest. He grabs a hold and he tells you to give it to him. Down to the last we were beat. Two out he was headed and that horse (Aso) was going better than us for a minute, but he would not believe it.
"He would not lie down. It's a lesson for us. Sometimes you might go down but you've got to get up and get going again, and at the last he was just magic. Then when he got to the front he did his usual and just looked up at the crowd and made sure he took it in. Just like I did.
"It was just incredible. I can't explain how much I love that horse."
THE SPORT OF QUEENS - FRODON AND FROST MAKE HISTORY
Bryony Frost made sporting history at Cheltenham this afternoon by becoming the first woman to ride a G1 winner at the The Festival™ presented by Magners after steering 9/2 shot Frodon to victory in the £350,000 Ryanair Chase.
Frost and Frodon, trained by Paul Nicholls, made all of the running in the two miles and five-furlong G1 event and showed grit, tenacity and toughness to fend off the sustained challenge of Aso (33/1) up the punishing Cheltenham hill to record a thrilling length and a quarter success, with the pair receiving a thunderous reception in the winner's enclosure.
Frost and the seven-year-old of Nickname have become one of Jump racing's great double-acts and this was their fourth victory in five starts this term, with three of those successes coming at the Home of Jump Racing.
Ditcheat handler Nicholls was recording his third victory in the Ryanair Chase following the wins of Thisthatandtoher (2005) and Taranis (2007), thereby becoming the winning-most trainer in the history of the G1 event.
He was also registering his 45th victory at The Festival overall and second win of the week after Topofthegame captured yesterday's G1 RSA Insurance Novices' Chase.
The winning trainer said: "That is one of the best days ever. Frodon is a brilliant horse.
"That was awesome - I lost my voice a bit! It hasn't been easy to get him right and I knew he had to be 120 per cent.
"In the middle of last week, me and Clifford felt that we were a gallop short, so we took him to Wincanton on Friday and let him have a mile and a half with Pic D'Orhy, just to put the finishing touches to him.
"I said to Bryony that there was no point getting in behind - make all, keep saving a fraction and use that kick just once from the back of the last. That was brilliant.
"He has massively improved, like a lot of the young horses this year, and we worked out how to get him at his very best today. It's a brilliant, brilliant team effort.
"The decision to go for this race wasn't difficult in the end with the ground. The good thing is, to win this race, you need something that stays three miles and he got the three. That was perfect and we might look at something different next year.
"Bryony deserves it, everyone in the team deserves it and, most of all, the horse deserves it. He is just the most amazing horse you ever want to train. He is not very big and it is a very, very special day." 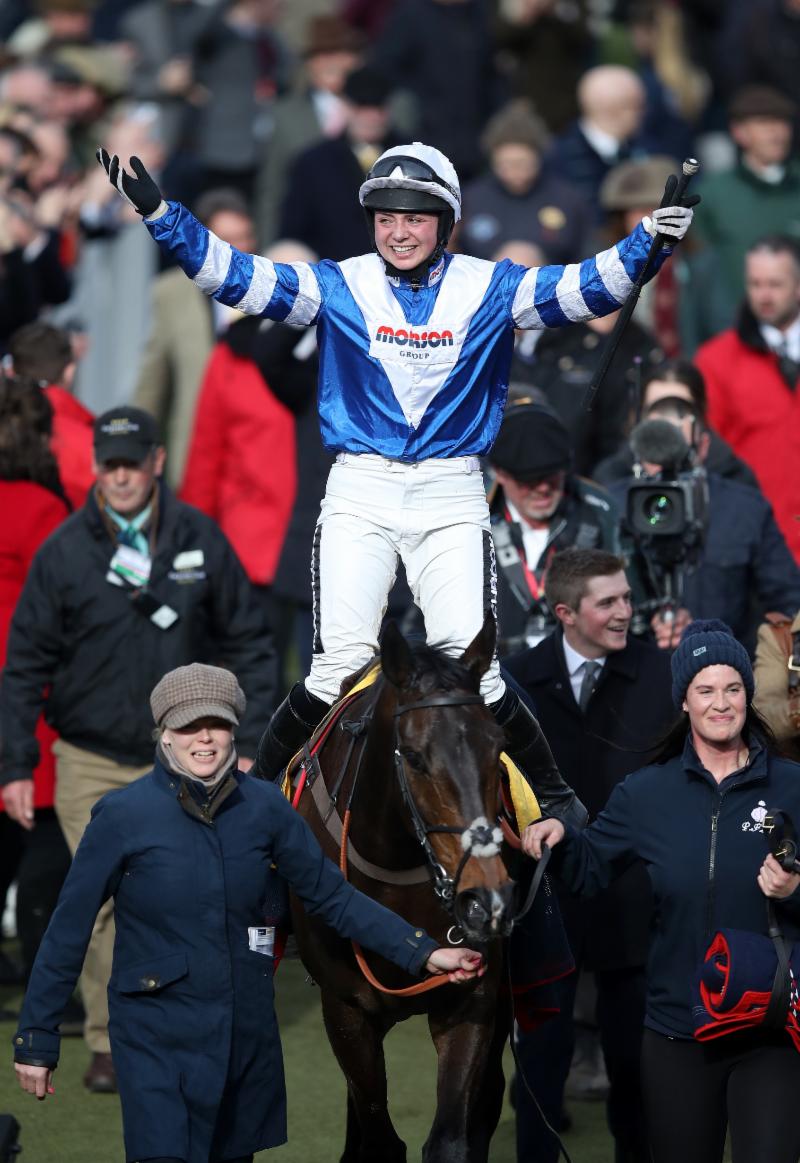