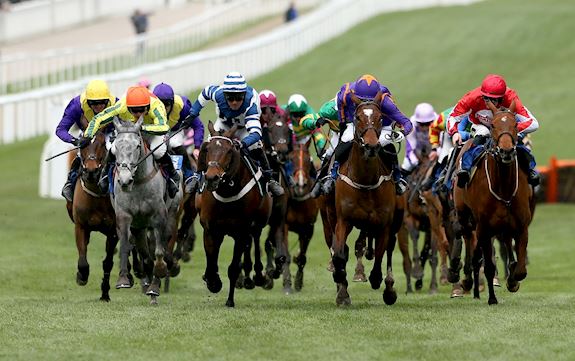 WILLIAM WARMS NICO UP
Nico de Boinville's victory in the G32, £100,000 Coral Cup aboard the Nicky Henderson-trained William Henry was the perfect warm-up for his ride in the next race on Betway Queen Mother Champion Chase favourite Altior.
William Henry, owned by Dai Walters, to whom de Boinville's first ever Festival winner Whisper - who also won the Coral Cup, in 2014 - belonged, beat the Willie Mullins-trained Wicklow Brave by a short-head at 28/1.
De Boinville said: "That was a good training performance. He's only had one run this season and he pulled up. Wind op, and then to come here and do that was some performance.
"William Henry found an awful lot and that wind operation through January helped him. I just had in mind that sometimes horses that have had wind ops take a bit of time to realise mentally that they can go through with it again, so I didn't want to get after him too much down the hill, and I was just happy to sit and let him fill up until we turned in, and then I could have a go at it.
"I wasn't quite sure [if I had got there]. You have an inkling. Patrick Mullins [rider of Wicklow Brave], what a gentleman he is and a real sporting man.
"I had a lovely tow around by Ruby [Walsh, aboard 13/2 favourite Uradel, who finished seventh] - I thought wherever Ruby sits, I am going to sit in behind - and we had a dream position. On this ground particularly, you can bide your time and hopefully they have a few gears at the end."
Owner Dai Walters said: "Nicky said that it would be too soft for William Henry but I told him to just run him. After yesterday [when his Al Dancer was the beaten joint- favourite in the Sky Bet Supreme Novices' Hurdle, finishing 10th, and 6/1 chance Angel's Breath finished seventh in the same race] - the same thing happened a couple of years ago when I thought that Oscar Whisky was going to win the Supreme and then Whisper won this race.
"I came here this morning not thinking I would win anything because I had two favourites yesterday but it's horse racing, and that is what keeps you in it."
WILLIAM SO BRAVE IN HEADING WICKLOW FOR CORAL CUP WIN
Nicky Henderson saddled his second winner at this year's Cheltenham Festival when William Henry came with a very late run to capture the Coral Cup.
Ridden by Nico De Boinville in the colours of well-known racehorse owner Dai Williams, William Henry (28/1) - who had been fourth in the race 12 months ago - finished with a rattle to deny top-weight Wicklow Brave (28/1) by a short-head, and there was another half a length back to third-placed Ballyandy (14/1). Brio Conti (10/1) was fourth.
Reflecting on the race, and William Henry's late-late finish, Henderson said: "Halfway down the hill I was thinking 'It's not going to be today, Nico'. When he came in he said he was following Ruby [Walsh, on seventh-placed Uradel] through - Nico knows his fractions and so does Ruby - and they knew where they were.
"William Henry is high enough in the handicap and we often think he should be chasing, but he hasn't really taken to that game. He has to go right-handed over fences and when we ran him here the first time he nearly ended up in the car park after two fences. That was a waste of time.
"We've had to revert to hurdling, but when you win races like that you don't mind. He pays his way and he gives Dai a lot of pleasure - he's named after his father."
Henderson added: "We always think our handicappers have too much weight, but they are often pretty exposed. This horse won the Lanzarote Hurdle last year and he came here with a fair bit of weight which meant he had a bit to do.
"I wasn't sure about the ground, but he was fourth in the race last year and Whisper has won it for Dai, so it has been a lucky race.
"It was a good performance off 11st 10lb - Wicklow Brave has 11st 12lb - so class probably tells even in these sort of races.
"He was making it up quick enough to get there but it was just where the line was going to be. It was on the last stride. He hasn't really run this season but Hannah rides him every day and knows him well - he has done plenty of work, but he is better off going right-handed."
2.50pm Coral Cup (Grade 3) 2m 5f
1 William Henry (Walters Plant Hire Ltd) Nicky Henderson 9-11-10 Nico de Boinville 28/1
2 Wicklow Brave (Wicklow Bloodstock Ireland Ltd) Willie Mullins IRE 9-11-10 Mr Patrick Mullins 28/1
3 Ballyandy (Options O Syndicate) Nigel Twiston-Davies 8-11-07 Sam Twiston-Davies 14/1
4 Brio Conti (The Gi Gi Syndicate) Paul Nicholls 8-11-05 Harry Cobden 10/1
Time 5m 8.4s
11/2 fav Uradel (7th)
25 ran
Distances: sh, ½, 1½
Tote Win: £41.00      Places: £8.00, £6.80, £4.20, £2.30 Exacta: £1,069.10
Nicky Henderson - 62nd winner at The Festival
Nico de Boinville - 8th winner at The Festival 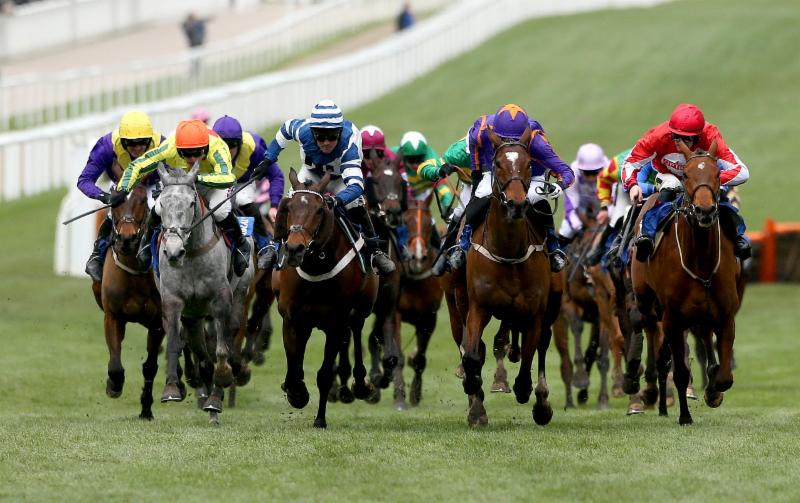 WICKLOW OH SO BRAVE IN DEFEAT
Jockey Patrick Mullins was pleased with the performance of top-weight Wicklow Brave (28/1) who was beaten a short-head in the £100,000 Coral Cup by Nicky Henderson's William Henry (28/1).
Wicklow Brave, trained by Patrick's father Willie Mullins, travelled stylishly into contention in the home straight and took the lead approachingthe final flight. However, William Henry, ridden by Nico De Boinville, ran on strongly up the hill to get up close home.
The rider said: "Wicklow Brave has run a great race.
"The plan was to drop out and he jumped fantastic all the way. He really enjoyed passing horses, but I was just left in front too early at the last hurdle.
"He has run a brilliant race under top-weight.
"However, it is a great run from the horse, he really enjoyed the step up in trip and the change in tactics.
"Wicklow Brave has been a marvellous horse who has been successful on the flat, gone down to Melbourne and even won handicaps here - he is a remarkable horse."
Nigel Twiston-Davies' Ballyandy (14/1) was a half-length back in third and his jockey Sam Twiston-Davies said: "That was a superb run. It's the wrong result but we were only beaten half a length in a great finish. We'll find something up at Aintree hopefully."
Harry Cobden, aboard the fourth home Brio Conti (10/1), a further length and a half back in fourth, commented: "Brio Conti travelled a bit too well down the hill and took me there when I didn't really want to be there.
"He kept galloping but the others finished a little bit quicker. It was a lovely run though, and the owners are delighted."