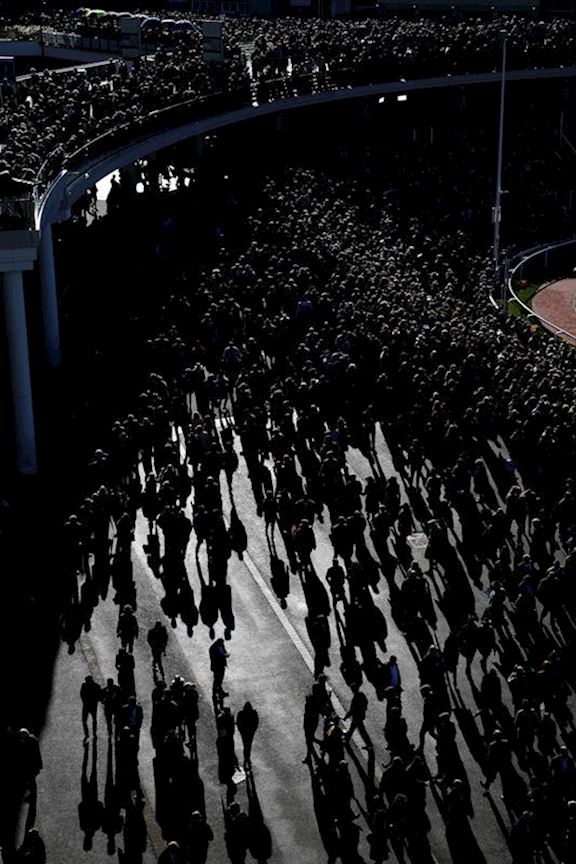 The £182,567.80 collected from a single £2 bet on day one of The Festival™ supported by Magners made a once-a-year gambler the biggest winning on-course toteplacepot punter in the history of the bet.

The man, on an annual coach trip to the meeting with friends, selected just one horse in each race with the help of a friend who followed racing more closely and expected he might collect "a couple of hundred quid". However, the net pool of £958,481.10 was shared by just 10.50 winning units, producing a dividend of £91,283.10 to a £1 stake, only a few hundred pounds short of the biggest-ever dividend.

The winning punter said: "It wasn't until the second-last race that my friend said 'You're still in with a chance'. We came in a couple of times after the sixth race to cash it in. We thought it might be a couple of hundred quid or something like that but it wasn't ready, so we went out to bet on the last race. We were lucky enough win again on that!

"We came back in afterwards and handed over the ticket. The lady behind the counter... her face just dropped. I asked her how much and she very discreetly showed us. We still didn't really believe it."

He added: "I looked at the horses before racing and whatever took my fancy I put in my Placepot. My friend, who knows a bit about racing, advised me.

"We've been coming for years and the occasion is fantastic. We've been doing it this way for years and nothing's changed. We just do a Placepot and our individual bets and then enjoy the racing. The Tote staff are really good and friendly and welcoming and everyone has been great.

"My daughter is soon to go to university, so that will help, and my son is going on holiday so I think I will be upgrading him to first class."

Other on-course winners at Cheltenham included two customers who each collected £36,513.56 for a 40p share, having played in 10p unit stakes, while there were numerous 20p and 10p winners.

One of those celebrating was Emma Knight, in the Chez Roux restaurant as a treat for her 13th wedding anniversary. She collected over £18,000 and said: "We come every year to the Festival and I always have a Placepot, but usually go out in the last race! It's been an amazing day."