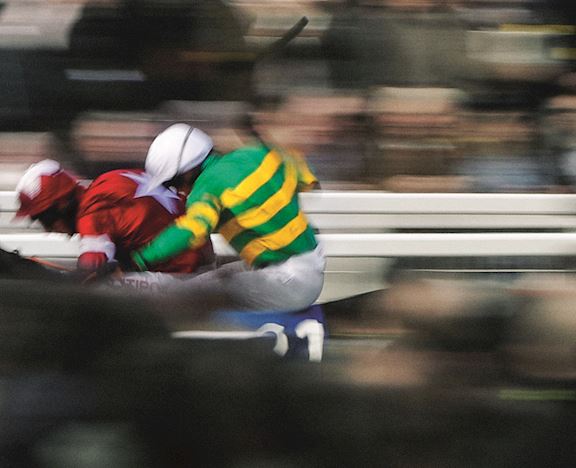 The Festival™ presented by Magners is almost here...

Friday, March 8, 2019 - There is now less than a week to go until the tapes go up for the G1 Sky Bet Supreme Novices' Hurdle, which will be greeted with a huge roar from racegoers as it is the first of 28 superb races during The Festival™ presented by Magners at Cheltenham Racecourse.

Nearly £4.6 million in prize money will be on offer during the greatest four days in Jump Racing, which commences with Champion Day, Tuesday, March 12, when the highlight is the G1 Unibet Champion Hurdle.

Gold Cup Day, Friday, March 15, is the culmination of The Festival, with the feature £625,000 G1 Magners Cheltenham Gold Cup, due off at 3.30pm, always one of the most eagerly anticipated races of the season.

This pre-meeting media information pack contains facts and figures about The Festival, statistics, possible landmarks and news, plus a look at the bonuses connected with races at The Festival.

A full race programme is also included, including exact race distances, plus information about what is happening off the track during The Festival.

Race replays can be accessed through

There will be a final media pack, gathering all the statistics together, the week after The Festival.

Cheltenham is part of The Jockey Club which stages thrilling sporting occasions including The Randox Health Grand National, The Festival™ presented by Magners and The Investec Derby. Millions of people every year enjoy the special experiences The Jockey Club offers through racing, music, food and entertainment. Governed by Royal Charter, every penny made goes back into British Racing to help the sport thrive. The Jockey Club was founded in 1750 and today is the largest commercial group in Britain's second-biggest spectator sport, operating 15 racecourses nationwide, The National Stud, Jockey Club Estates, Jockey Club Catering, Jockey Club Live and the charity, Racing Welfare. For more information, visit