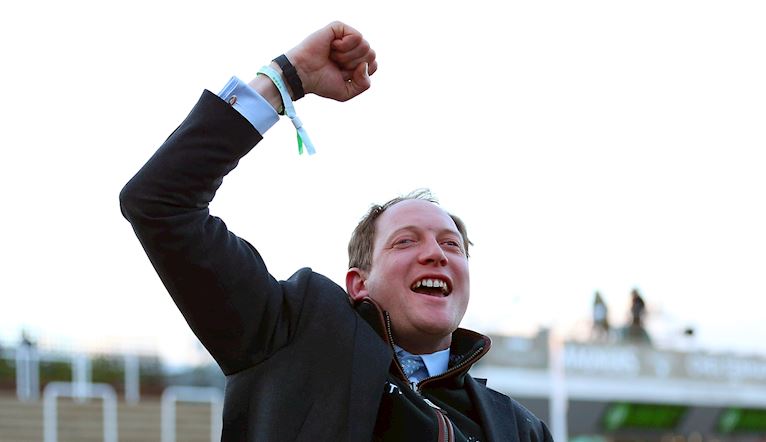 The Gloucestershire WI Racing Club Trainers' Championship aims to raise the profile of Gloucestershire-based Jump trainers and rewards the overall winner with a hamper and £300 cash prize.

Points are accrued for winners trained around the country from October 1, 2018 to April 18, 2019, with double points awarded for a Cheltenham winner or any winner priced at 25/1 or more.

Each Jump trainer within Gloucestershire was allocated a 'handicap' rating based on the number of horses in training and the number of runners and winners in recent seasons.

Based at Bourton Hill Farm near Bourton-on-the-water, Pauling has sent out 34 winners and 1,800 points during the championship, headed by Le Breuil's victory in the G2 National Hunt Chase at The Festival™ presented by Magners.

Pauling, who also landed the Gloucestershire WI Racing Club Trainers' Championship in 2013/2014 and 2015/2016, said: "This season has been our best numerically and in terms of prize money.

"Even with the equine flu and the rest of it, my staff have been brilliant, and having winners at The Festival and Aintree makes a huge difference."We lost a few of our flagship horses early doors, but the younger horses have come through and we have got some lovely horses to look forward to for next season.

"Le Breuil winning was a highlight and the way horses like Bright Forecast and Kildisart have performed is exciting for next season."

Regarding the £300 cash prize, Pauling added: "I think we will buy another strimmer. You can never have enough!"

Kim Bailey is currently second with 37 winners and 1,480 points, with Tom George in third thanks to 34 successes and 1,400 points.

The presentation to Pauling will take place on Thursday, April 18, the second and final day of The April Meeting.