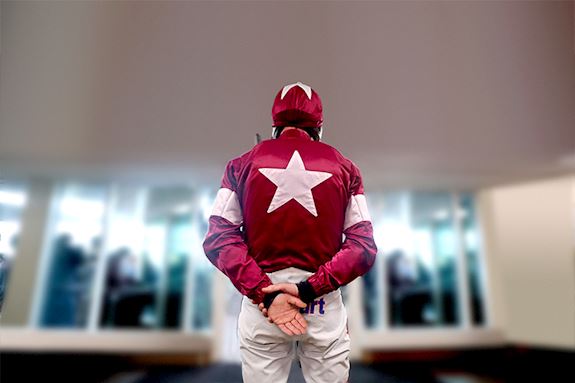 The Jump season cranks up a notch tomorrow with an excellent card at Cheltenham on day one of The Showcase, Friday, 25 October.

There are 77 runners across the seven races, with familiar names and potential stars of the future in action.

Both six-year-olds landed valuable prizes over hurdles last season. Al Dancer captured the rearranged Betfair Hurdle at Ascot in February while Getaway Trump signed off with a commanding success under top-weight in the bet365 Novices' Championship Final Handicap Hurdle at Sandown Park on the final day of the season.

Wholestone (Nigel Twiston-Davies/Daryl Jacob), a multiple G2-winning hurdler at the Home of Jump Racing, bids for his second success from as many starts over fences in the £25,000 Matchbook Most Trusted Betting Exchange Novices' Chase (3.45pm, 3m 80y, eight runners).

Irish raider Dinons (Davy Russell), one of three runners on the card for trainer Gordon Elliott, and Rockpoint (Colin Tizzard/Robbie Power), who both scored over hurdles at Cheltenham last season, are among the opposition.

Joe Tizzard, assistant to his father, said: "Master Debonair is in good form and it has been the plan to go for this race.

"He was making a noise at the end of last season, so we have done his wind and we are happy with him.

"He shows plenty of pace and could well be a Supreme Novices' Hurdle horse.

"He has had plenty of schooling, and we think he is one of our most exciting novices for the season ahead."

Master Debonair (nearside), winning at The November Meeting in 2018

Ireland has two in-form contenders in the opening race of The Showcase, the £20,000 Ballymore Novices' Hurdle (2.00pm, eight runners) over two miles and five furlongs.

Gordon Elliott saddles Braid Blue (Richard Johnson), who is chasing a five-timer following wins at Perth and Ffos Las during the summer, while the Charles Byrnes-trained Doctor Duffy (Davy Russell) comes into the race on the back of a comfortable victory at Navan on 28 September.

A field of 19 go in the £16,800 Two Farmers Crisps Handicap Hurdle (3.10pm) over two miles and five furlongs, the first of three handicaps on the card.

Local trainer Martin Keighley is hoping for a bold showing from Back On The Lash (Patrick Cowley (5), 11st)), who like some of his rivals is already on the scoresheet this season having captured a handicap hurdle at Exeter on 10 October.

Keighley, who is based at Condicote, said: "Back On The Lash produced a tough performance to win at Exeter.

"He isn't overly big, but he jumped for fun that day and simply doesn't know when he is beaten.

"He runs well fresh, so it was good for him to win first time up. This is another step up and it is only a two-week gap between Exeter and Cheltenham.

"However, he seems in good form at home and the step up to two miles and five furlongs should be in his favour - hopefully he can run well."

Charles Byrnes and Davy Russell team up with The Big Galloper (10st 11lb), who was well-backed when shedding his maiden tag in a maiden hurdle at Roscommon on 30 September.

The going at Cheltenham is Good to Soft, Good in places following 6mm of rain overnight.