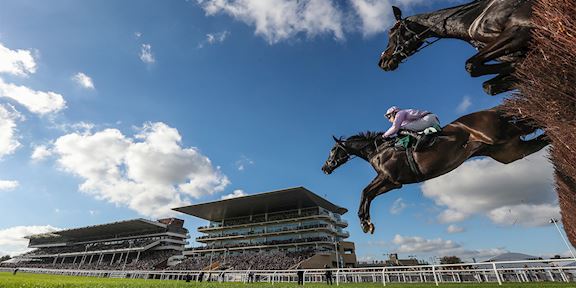 Irish trainer Charles Byrnes targeting day one of The Showcase

Irish trainer Charles Byrnes is set to be represented in two races at Cheltenham on day one of The Showcase, Friday, 25 October.

Doctor Duffy has two entries at The Showcase, with Byrnes favouring the opening £20,000 Ballymore Novices’ Hurdle (2.00pm, 16 entries) over two miles and five furlongs, while stablemate The Big Galloper goes for the £16,800 Two Farmers Crisps Handicap Hurdle (3.10pm, 36 entries) over the same distance.

Doctor Duffy has enjoyed a productive campaign over hurdles so far, winning three races and finishing second three times from eight starts. The six-year-old’s latest success came last time out in a novices’ hurdle over two miles and six furlongs at Navan on 28 September, when he scored by four lengths.

The Big Galloper also heads to The Showcase on the back of a victory, having shed his maiden tag in a heavy ground maiden hurdle at Roscommon on 30 September.

Byrnes said: “The plan at the moment is to send both Doctor Duffy and The Big Galloper to Cheltenham this week.

“Doctor Duffy is very consistent and does not know how to run a bad race.

“He likes good ground and a galloping track suits him well. He is a nice horse to have.

“The Big Galloper did well to win at Roscommon and he goes for the two and a half-mile handicap hurdle.”

The Irish point-to-point graduate landed a bumper impressively at Ludlow on her Rules debut in January before defying a penalty in a similar contest at Newbury in March.

Skelton said: “We will have a number of runners at The Showcase, including Getariver in the maiden hurdle on Friday.

"She is a horse we like. She won both her bumpers and is obviously very smart.

“We are looking forward to getting her started over hurdles.”