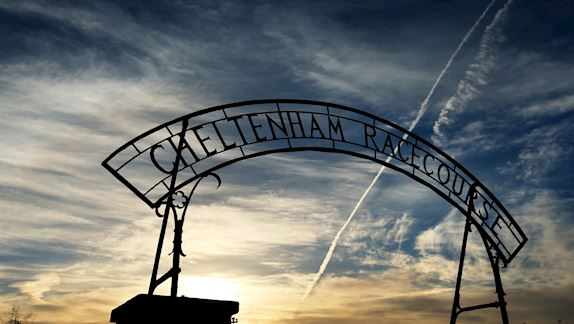 Tuesday, 15 October, 2019 - With racing returning to Cheltenham at The Showcase meeting on Friday 25th and Saturday 26th October, the Home of Jump Racing's new Chairman has spoken of his excitement for the new season and outlined his hopes for the future at the iconic Gloucestershire venue.

In May The Jockey Club appointed Martin St Quinton as the Chairman of the Cheltenham Racecourse Committee. He succeeds Robert Waley-Cohen (who served from 2011 to 2019), whose own predecessor was Lord Vestey (who served from 1990 to 2011).

Well-known in Gloucestershire, St Quinton is also the Chairman of another sporting jewel in the Cotswolds, Gloucester Rugby. He joined the Cheltenham Racecourse Committee in May 2018 and previously chaired the funding committee for The Jockey Club's £45-million redevelopment of the racecourse, which included the all-new Princess Royal Grandstand unveiled on time and on budget at The November Meeting in 2015.

Paying tribute to his last two predecessors, Martin St Quinton said: "Robert Waley-Cohen was very kind to me in preparation for my role at Cheltenham. I spent a year shadowing him after I joined the Racecourse Committee in May 2018 and he was extremely generous with his time and sharing his significant experience.

"I have also spent time with Sam Vestey, who gave so many years to Cheltenham and it was very good of him to provide me with the benefit of his experience.

"I was Chairman of The Jockey Club's funding board that raised £45 million to build The Princess Royal Stand and so have worked extensively before with the racecourse committee and the wider team at Cheltenham."

St Quinton moved with his wife to live just outside Cheltenham 18 months ago, having previously been based near to Newbury.

Horseracing has been his passion since his childhood. He is a well-known racehorse owner, with his colours having been carried to success on three occasions at The Festival™ presented by Magners, courtesy of Coulton (1995 Cathcart Chase), Urubande (1996 Sun Alliance Novices' Hurdle, now the Ballymore Novices' Hurdle) and Monkerhostin (2004 Coral Cup).

He continued: "I inherited my interest in racing from my father. Racing was his love. We lived up in Yorkshire, where there are lots of racecourses. My Dad used to take me racing on Saturday afternoons and we also used to go to point-to-points when they were staged.

"The dream is to have one winner at The Festival in your life, so I am very fortunate and they were all very special days.

Commenting on the current state of the sport, St Quinton said: "I think overall Jump Racing is in good health, particularly so at Cheltenham where I am conscious I'm taking over as Chairman of an already well-oiled machine. Fortunately under Regional Director Ian Renton we currently have a very loyal and strong management team.

"Racing has always had its challenges and it tends to deal with them and find solutions. That is what we have to continue to do and keep the upward momentum.

"A racecourse as important as Cheltenham has to take the time to consult widely as we consider fresh ideas to keep developing and we have a great responsibility, being so special to so many people. It is something we take seriously, just like producing a world-class racing surface and providing first-class care and facilities for our racehorses and participants.

"I have been visiting trainers in Gloucestershire and beyond to ask their opinion on what we do well and where we could do more. Everyone has ideas and opinions, and it is very worthwhile to speak to all groups in racing, including owners, trainers, jockeys, the governing body, industry figures and horsemen.

"We will never stand still at Cheltenham and that will continue over the course of my chairmanship."

St Quinton holds the role of Chairman at both Cheltenham Racecourse and Gloucester Rugby and feels that being involved with the two of the biggest providers of sporting entertainment in the Cotswolds is beneficial to both parties.

He commented: "The two big sporting passions in this part of the world are Cheltenham Racecourse and Gloucester Rugby. I think they are very complementary; we can work together and share ideas. At the end of the day, they are both in the entertainment business and are out to provide a day that the fans love."

With just 10 days until the return of racing to Cheltenham, St Quinton cannot wait to get started.

He concluded: "I am very excited about the start of our new season. We had the Hunter Chase Evening in May and as soon as that is finished, we started planning for The Showcase.

"We are delighted with the recent rain and the course is looking magnificent. Simon Claisse and his team have done a great job.

"The November Meeting continues to grow every year and is now a very big event in the Jump calendar. It is interesting if you look at the statistics - what The November Meeting produces these days is what the entire Festival itself was producing 20 or 25 years ago."

Martin was born in Yorkshire. He graduated from Durham University in 1979 and went on to obtain his MBA in the USA. In 1980 he started The Saint Group a private office equipment company, which was sold to Danka plc in 1993. From then until 1999 he was CEO of Danka's International Operations. During this six-year period he acquired more than 50 companies in 30 different countries. Danka grew to be the world's second largest photocopier company with sales in excess of £1 billion. In 2000, he founded another company Azzurri Communications, a UK-based Voice & Data Integrator, which grew to 700 staff and £150m turnover in six years. In 2006, Azzurri was sold for £180m to The Prudential Group. In recognition of his achievements at Azzurri, Martin was named Ernst & Young Entrepreneur of the Year in 2003. In a 30-year career he has acquired more than 70 companies and integrated these businesses to create two groups of companies, both of which were subsequently sold. Martin is currently a Non-Executive Director of six other companies including Gloucester Rugby where he is Chairman.