CLAISSE ON THE WEEKEND'S RACING

Cheltenham's Clerk of the Course, Simon Claisse, confirmed that racing will go ahead on Saturday, 16 November and Sunday, 17 November following an inspection on Friday (15 November) afternoon. 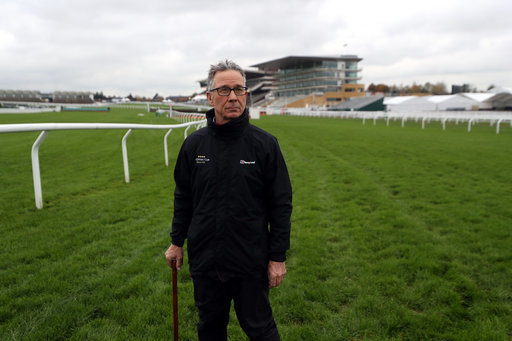 He said: "The conditions have improved - we've had just a few millimetres of rain in the past 24 hours, and come first thing this morning most of the floodwater had gone. There was surface water in some places but at no depth.

"The forecast overnight is for a couple of millimetres of rain, and we are looking at a mostly dry day tomorrow - maybe a splash of rain - with a mixture of clouds and maybe a patch of sunshine."

The going is currently Soft, Heavy in places.

Claisse continued: "We've also given the [rescheduled] Glenfarclas Cross Country Chase the go ahead for Sunday, with the exception of four fence four which is jumped twice; it is also fence 27, the Aintree fence - it's like the Canal Turn. That will have to be omitted."

Gates open on Saturday at 10.00am with the first race at 12.05pm. There will be eight races including the Ballymore Novices' Hurdle Race, which was originally scheduled for Friday.

Gates open on Sunday at 11.00am with the first race at 12.45pm. There will be seven races, and two pony races, including the Glenfarclas Cross Country Chase, which was also originally scheduled for Friday.