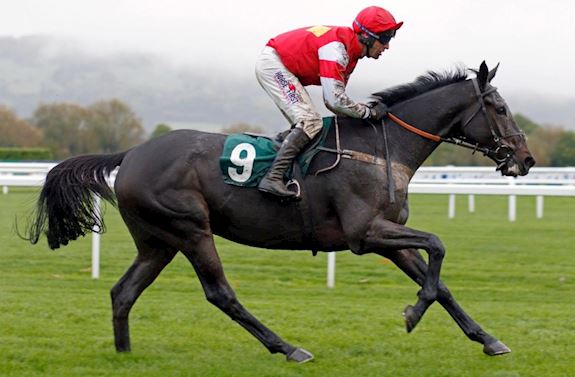 Slate House, an impressive winner at The Showcase, heads 18 runners for the £160,000 G3 BetVictor Gold Cup (2.25pm), highlight on day two of The November Meeting at Cheltenham tomorrow, Saturday, 16 November.

The Colin Tizzard-trained seven-year-old will aim for a second victory over fences at the Home of Jump Racing, following an 11-length victory in the Matchbook Best Value Betting Exchange Novices' Chase on 26 October.

Slate House (Robbie Power, 11st 7lb) is the 11/2 market leader with BetVictor and would become the first favourite to win the BetVictor Gold Cup since Irish raider Tranquil Sea in 2009.

Siruh Du Lac (Nick Williams/Lizzie Kelly, 11st 10lb) also boasts winning from at Cheltenham, having followed up a handicap success on Festival Trials Day in January with a brave victory in the G3 Brown Advisory & Merriebelle Stable Plate Handicap Chase at The Festival™ presented by Magners.

Lizzie Kelly has partnered Siruh Du Lac on all but one of his starts and is due to return to the saddle after breaking her arm at Exeter in October.

Spiritofthegames (11st 10lb) was third to Siruh Du Lac at The Festival and is due to make his first appearance since finishing fifth in the G1 Devenish Manifesto Novices' Chase at Aintree in April.

The seven-year-old, trained by Dan Skelton and ridden by his brother Harry, has won on all three of his first starts of the season, including when scoring in a Listed novices' chase at Chepstow in October, 2018. He is a 7/1 chance with BetVictor.

Dan Skelton said: "I'm really happy with Spiritofthegames and this has been the plan since the start of the season.

"He has won first time up for the last three years and therefore the BetVictor Gold Cup has always been the target.

"Hopefully, he can run a big race and the fact that he goes so well fresh is a major positive."

Irish trainers have won the BetVictor Gold Cup five times and the Joseph O'Brien-trained Us And Them (J J Slevin, 11st 12lb) is hoping to become the first from across the Irish Sea to strike since Tranquil Sea. The six-year-old was runner-up in four G1 novices' chases last season, including when going down by 13 lengths in the Racing Post Arkle Challenge Trophy Novices' Chase at The Festival.

Us And Them will be making his second outing of this term, having finished third in a G2 Chase at Gowran Park on 5 October, when he lost second on the line following a mistake at the final fence.

O'Brien said: "We have been pleased with Us And Them's progress and he ran a good race on his return to action at Gowran Park. Hopefully he will come on from that and we are looking forward to running him."

Nigel Twiston-Davies is the most successful current trainer in the BetVictor Gold Cup with four wins and the Naunton handler has two contenders - course and distance scorer Count Meribel (11st 6lb, Mark Grant) and the 2017 winner Splash Of Ginge (10st 4lb, Jamie Bargary).

Guitar Pete (11st 1lb, Nicky Richards/Ryan Day) finished third 12 months ago and warmed up for this year's race with victory in a Listed handicap chase at Wetherby at the start of November, a race in which Happy Diva (Kerry Lee/Richard Patrick, 11st 3lb) was second.