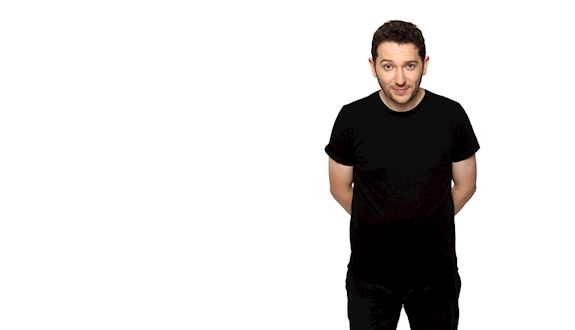 An award-winning comedian and television personality will take to the stage at Cheltenham Racecourse with his brand new show.

Jon Richardson will be bringing his new stand-up tour, The Knitwit, to the venue on Saturday, October 17.

Presented by Off The Kerb Productions, he will be appearing in The Centaur and tickets are set to go on sale very soon.

A regular on the stand-up circuit, Jon’s first gig was in 2003 where he won his heat of the BBC New Comedy Talent Search. After completing a sixty-date UK tour with Alan Carr in 2006, Jon won Best Breakthrough Act at the 2007 Chortle Awards and went on to receive a Best Newcomer nomination for his show, Spatula Pad, at the 2007 Edinburgh Fringe Festival.

This was followed in 2008 with a successful Edinburgh run of his second solo show, Dogmatic, and a subsequent Edinburgh Comedy Award best show nomination in 2009 for his third Edinburgh show, This Guy at Night.

Jon is also known to millions as a team captain on 8 Out of 10 Cats Does Countdown (Channel 4), host of Dave’s Ultimate Worrier, and upcoming sitcom Meet the Richardsons. His other credits include Would I Lie To You (BBC One), Have I Got News For You (BBC One), Michael McIntyre’s Comedy Roadshow (BBC One), and Taskmaster (Dave).

“He will come after a great run of top names over the past few years such as Jack Whitehall, Rob Beckett and Joel Dommett.

“Anyone who has seen Jon, whether doing stand-up or on television will know how funny he is and we are thrilled that he is coming along to Cheltenham Racecourse later this year.

“Jon’s show is just one of many exciting events that are taking place at the venue this year. We have plenty more shows and music events to cater for all tastes coming up such as the return of the Cheltenham Masters Darts Tournament, Jason Donovan’s Even More Good Reasons Tour and the Wychwood Festival to name but a few.”

Tickets go on sale here on Friday, February 14 at 10am.