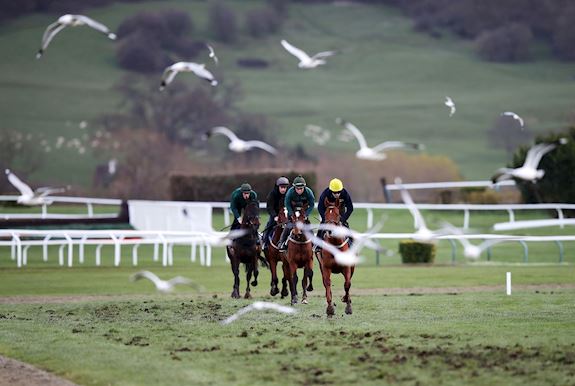 Cheltenham's Clerk of the Course Simon Claisse issued a going change before racing on day one of The Festival™ presented by Magners 2020.
He said: "I've just had another look round the track and the crossings where the Old and New courses intersect were marginal first thing this morning in terms of might they be heavy, but we've taken the decision to change the going description to Soft, Heavy in Places [from Soft), really only where those tracks intersect. But we've got a breezy, dry and mild afternoon in prospect.
"It's looking as though it will stay dry today and tomorrow, too. There may be a few showers on Wednesday night into Thursday, but it looks as though we will start with two dry afternoons.

"I'm looking forward to probably as big a field in the Unibet Champion Hurdle as we have had in years [it is the biggest since 2009] - it's a very open race, of course. We've got some great novices today, such as Shishkin in the first [the Sky Bet Supreme Novices' Hurdle) and then Notebook in the Racing Post Arkle Novices' Chase, and it is a fantastic card, as always."