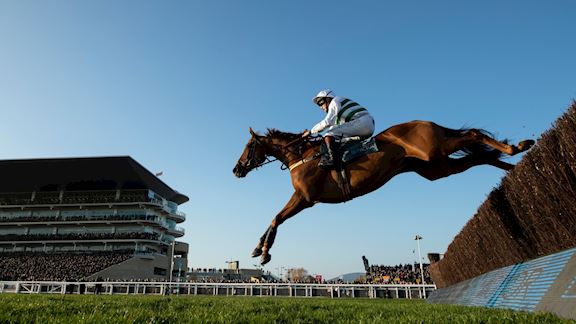 Leading Construction firm the JRL Group is today announced as the first ever sponsor of the Fulke Walwyn Kim Muir Challenge Cup on Day Three of The Festival™ Supporting WellChild on Thursday 18th March, the seventh and final race on the card.

The Fulke Walwyn Kim Muir Challenge Cup (sponsored by the JRL Group) is traditionally one of just three races for amateur riders at The Festival (in a conventional year) and is run on the New Course over a distanbce of about 3m 2f.

The race jointly commemorates Kim Muir, a cavalry officer who lost his life in the Second World War and Fulke Walwyn, who trained 40 Festival winners between 1946 and 1986, including the Cheltenham Gold Cup on four occasions.

It was first run in 1946 and champions a Corinthian spirit which has been lost from most other modern sporting occasions. In 1981 HRH Prince Charles participated in the contest, being unseated from his mount Good Prospect.

It has been won by some iconic names since its conception, including Ted Walsh, who has won the race as both a jockey (1974, 1976) and a trainer (2019) and is also the father of Ruby Walsh, who himself rode 59 Festival winners during his career.

The race is also no stranger to producing Randox Grand National contenders, with Cloudy Lane (2007), Ballabriggs (2010) and Cause Of Causes (2016) going on to play serious roles at Aintree the year after winning this race – with Ballabriggs even winning the 2011 National for trainer Donald McCain Jr.

John Reddington, Chairman and founder of the JRL Group, said: “We are delighted to support amateur National Hunt racing, this is where it all begins.”

Ian Renton, Regional Managing Director for The Jockey Club, added: “We are delighted to begin an association at The Festival with the JRL Group, which marks an historic moment for the Fulke Walwyn Kim Muir Challenge Cup.

“We were keen to make sure we found the right partners for this special race, and the JRL Group have shown continued support for the amateur scene over the last few years.”