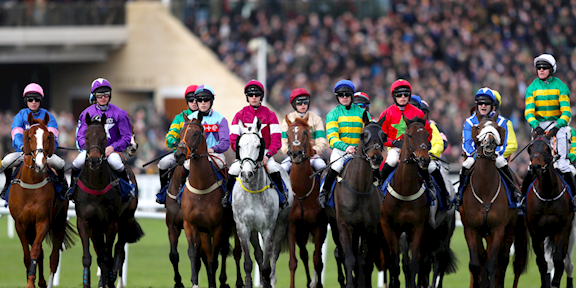 Paddy Power is today announced as the new sponsor of the Festival Plate Handicap Chase on day three of The Festival™ supporting WellChild on Thursday 18th March, taking its total portfolio across the four day meeting to three races.

A mainstay of the Cheltenham Festival line-up, the Festival Plate is one of the most competitive races on the day three schedule, run directly after the Paddy Power Stayers’ Hurdle.

The race has enjoyed its fair share of headlines since it was first run in 1951 and the 2019 renewal created a piece of history when Lizzie Kelly became the first female jockey to win the 2m 4f handicap on the Nick Williams-trained Siruh Du Lac.

An impressive roll of honour includes the 2018 winner, The Storyteller, who has gone on to triumph at the top level for trainer Gordon Elliott.

Six-time champion trainer Nicky Henderson also has a particularly good record in the race and with four victories is its most successful trainer, jointly with legendary names Bobby Renton and Martin Pipe. Henderson’s four wins in the Plate have come with The Tsarevich (1985, 1986), Liberthine (2005) and Non So (2006).

Paddy Power take over the sponsorship from Brown Advisory and Merriebelle Stable, who have supported the race since 2015 and from 2021 will switch its support to the 3m G1 Novices’ Chase.

It also represents the latest partnership between Cheltenham Racecourse and Paddy Power, which also supports the iconic Paddy Power Gold Cup at The November Meeting.

Paddy Power himself said: “We’re honoured to be supporting this prestigious race which was first run 70 years ago and it now creates a phenomenal Paddy Power double-header on the Thursday, together with the Stayers’ Hurdle.

“We felt the Paddy Power Plate was the perfect addition to our Festival portfolio, which already features a championship event and a G2 mares’ conditions contest. Let’s not forget you need a mighty horse to win a Cheltenham handicap as The Storyteller exhibited last Sunday when runner-up in the top-class Paddy Power Irish Gold Cup, having landed this heat in 2018.”

Ian Renton, Regional Managing Director for The Jockey Club, added: “We are delighted to further extend our association at The Festival with Paddy Power.

“The Paddy Power Plate Handicap Chase is a race with a rich history and a knack for producing not only excellent chasers but also a storyline or two.

“Brown Advisory and Merriebelle Stable have been great sponsors of this race for the past six years and with them switching to support the G1 Novices’ Chase we’re looking forward to this exciting new association with Paddy Power.”