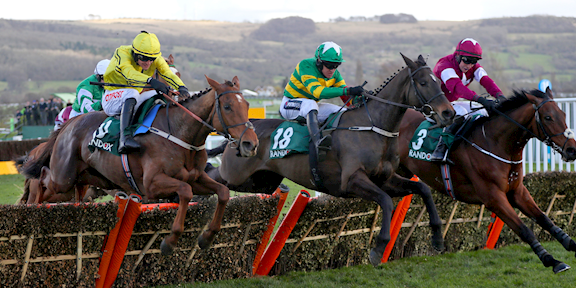 The West Midlands-based Contractors, Groundwork and Civil Engineering Company is today announced as the new sponsor of the McCoy Contractors County Hurdle on Day Four of The Festival™ supporting WellChild on Friday 19th March, which will take place just over an hour before the meeting’s showpiece, the WellChild Cheltenham Gold Cup.

It marks the first time that McCoy Contractors has sponsored a race at the Cheltenham Festival, though they are no strangers to the sport, having partnered Warwick Racecourse’s Classic Chase for the last three renewals.

Having been traditionally run as the last race of The Festival for many years, the McCoy Contractors County Hurdle is a race steeped in history, and is now the second contest on the final day of the meeting. Named after the legendary trainer Vincent O’Brien between 1995-2016, the race has been won by some high-class operators over the years, including a subsequent Unibet Champion Hurdle winner in Rooster Booster (2002).

The race gained widespread attention from the media in 2018, when winning jockey Bridget Andrews shared a touching celebration by the winning post with her future husband Harry Skelton after winning on the Dan Skelton-trained Mohaayed.

Leading Irish trainer Willie Mullins has enjoyed plenty of recent success in the race, and is the joint winningmost trainer in the County Hurdle alongside Paul Nicholls, with four victories. Mullins’ four County Hurdle wins have all come in the past decade, with Thousand Stars (2010), Final Approach (2011), Wicklow Brave (2015) and Arctic Fire (2017).

McCoy Contractors take over the sponsorship from Randox, who will continue their support of The Jockey Club’s events, including the Randox Grand National Festival at Aintree.

“McCoy Contractors are delighted to be associated with Cheltenham racecourse and The Festival in our continued support for racing, particularly on one of the most prestigious days in the sporting calendar. We look forward to a long standing relationship and to sharing the Festival experience with our valued clients in future years.”

Ian Renton, Regional Managing Director for The Jockey Club, added: “We are thrilled to begin an association at The Festival with McCoy Contractors. The McCoy Contractors County Hurdle plays a pivotal role in setting the stage for the WellChild Cheltenham Gold Cup and has a wonderful record in producing some great winners and fascinating stories.

“I’d like to thank Randox for their support of this race since 2017 and for their continued sponsorship of the Randox Grand National Festival. Now we’re looking forward to this exciting new association with McCoy Contractors at Cheltenham.”