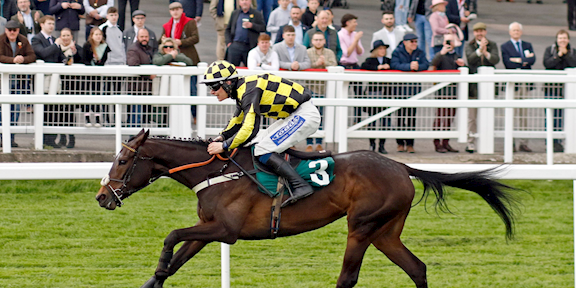 The 21 year old has enjoyed a fine week, picking up his first Graded winner at Aintree on Party Business on Saturday and he oversaw another fine performance here from the daughter of Manjuro, who showed a good attitude to stay on up the hill after pinging over the final flight in the 2m 179y contest.

It sealed a first winner at Cheltenham in 1,244 days for Williams, but he was more interested in throwing his young rider under the bus in the aftermath to the assembled media.

“He’s had a big week, he had his first Graded winner at Aintree and he’s lost his claim today and I wish him every luck moving forward. It’s always tougher for the young lads once they lose their claim, but he’s probably going to find it easier than when he lost his virginity! He’s a great asset to our team and I’m delighted for him.

“What an amazing filly though, she’s won three novices and to be fair she’s tiny and I thought that the weight she had on her back today would make it really tough for her but she’s galloped all the way to the post.

“We’re going to put her back on the Flat now and we might have a satellite yard in France from June – August and she’s certainly one of the horses who’d be going there with the mark that she’s got.”

A slightly more reserved Charlie Todd added: “It’s my first winner here and my claim has gone now, so it’s great. I’ve had a great couple of days to be honest with you and had a Graded winner at Aintree on Saturday.

“She’s a tough mare and if you look at her, she’s not very big and she’s won four races this term so it’s great and a good training performance by the boss.

“I spoke to my agent Ian Popham at the start of the season and the plan was to ride out the claim this year. We had a difficult summer as such with injuries and things but we’ve got it done now so hopefully we can keep going forward.”

Meanwhile The Glancing Queen (8-13 Favourite) finished off a fine season with deserved success in the Cotswolds, when bounding to a six-length victory under Tom Cannon with top-weight of 11st 12lb in the penultimate Stay In The Montpellier Town House Mares' Handicap Chase (2m 62y).

The eight year old had run well in defeat on two occasions so far this year and her trainer Alan King was delighted to see her sign off an impressive campaign on a winning note.

King said: “That was great and a good way to finish the season. I just think she might be a better two miler than she is over an extended two and a half. I’ve just felt that she hasn’t quite got home the last twice and I know we were behind Venetia’s horse on New Year’s Day (L'Homme Presse), she was rather going up and down on the spot in the last half a furlong and definitely did that again at The Festival.

“We just felt that we’d come back in trip and see and she’s done it well, for all that it was in a lesser race today. We’ll have a look at some more mares’ races for her next season and I wouldn’t be frightened to try two miles five at other tracks, it just seems to stretch her round here.

“Hopefully she’s good enough to run in some of those Graded mares’ races next season and if you look at today she’s galloped through the line and hit it hard – so it’s a good way to finish the season.” 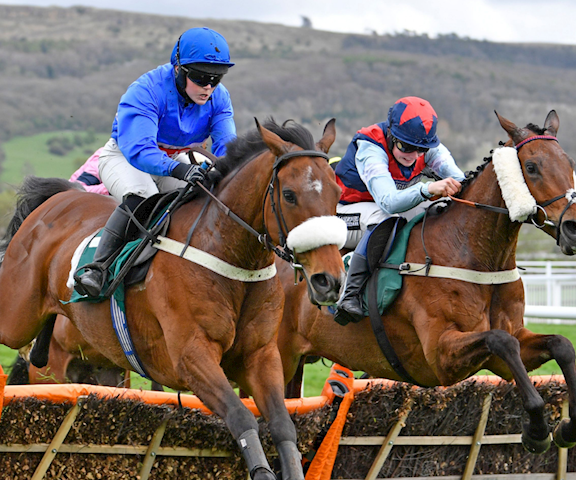