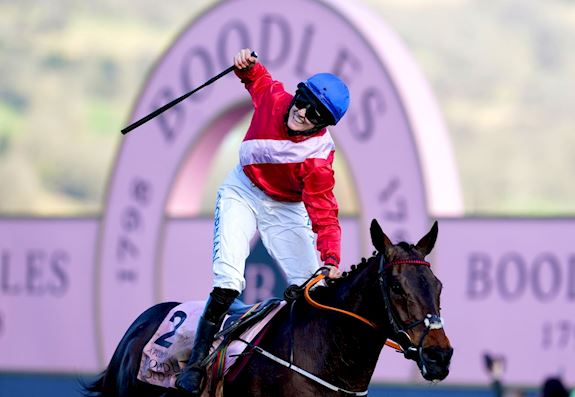 The Jockey Club announces today that Boodles, Britain’s leading fine jeweller since 1798, will sponsor the Cheltenham Gold Cup at The Festival™ in 2023 and 2024, when the iconic Grade One contest celebrates its centenary.

The family-owned company first supported the Blue Riband of chasing in March of this year, when Rachael Blackmore partnered A Plus Tard to a historic victory by becoming the first female jockey to succeed. The pair were roared home by a record crowd of 73,875 racegoers at the Home of Jump Racing. 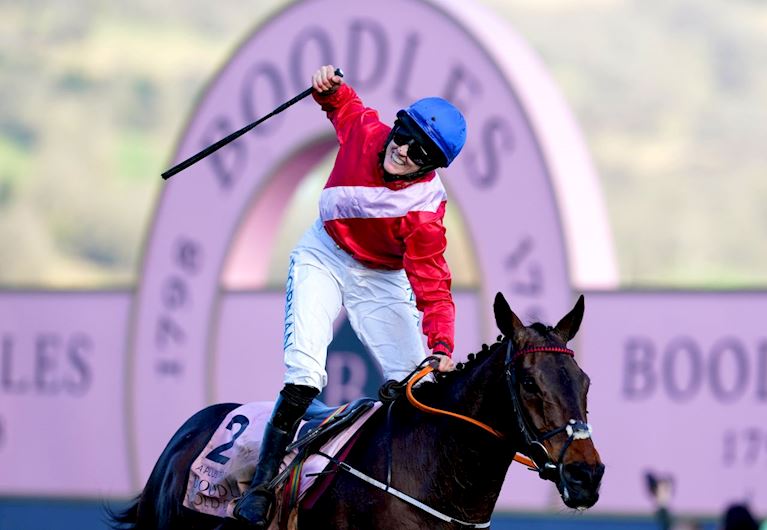 Since Red Splash landed the inaugural staging of the three and a quarter mile contest as a Jump race in 1924, it has been won by some of the most famous names of all-time including Golden Miller, Arkle, Desert Orchid, Best Mate and Kauto Star.

In addition to its support of the Cheltenham Gold Cup Boodles also extends its sponsorship of the Boodles Juvenile Handicap Hurdle at The Festival, which it has put its name to since 2018, for a further two years and gains further sponsorship rights across The Jockey Club.

Boodles’ first involvement with The Festival came in 2014, when it backed the Leading Jockey Award. The company also has a major presence in The Orchard™ at Cheltenham Racecourse. Situated in the tented village, The Orchard delivers top-class entertainment with premium and unique experiences for racegoers to make the most of their day at The Festival.

This 2023 edition of the Boodles Cheltenham Gold Cup will be run on Friday 17th March at the conclusion of the four-day Festival and broadcast live in the UK on ITV main channel, digital platforms, Racing TV, BBC Radio 5 Live and talkSPORT.

For the first time in 2022, the Boodles Cheltenham Gold Cup was broadcast successfully on national television in the USA via the Fox Sports network, which is available to 55 million households. 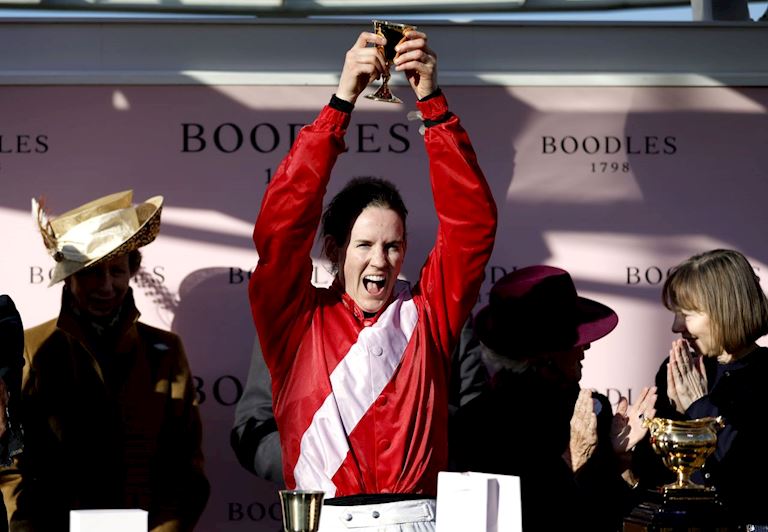 “After an epic build-up to this year’s Cheltenham Gold Cup and then a wonderful day for the race itself, capped by the charismatic Rachael Blackmore being the first female jockey to win it, the Boodles board had no hesitation in extending our association by another two years.

“The whole experience was fabulous exposure for Boodles, and for me personally it provided one of the best days of my life.”

“I am thrilled that Boodles has decided to further extend its relationship with The Festival by agreeing to sponsor the next two renewals of the Cheltenham Gold Cup.

“After enjoying a record attendance this year, the 2023 running of the Boodles Cheltenham Gold Cup takes place on St Patrick’s Day and the great race celebrates its centenary in 2024, so I am sure there are some truly memorable days ahead.

“Boodles is now approaching a decade of involvement with The Festival and hopefully has reaped the benefits of its association with the four biggest days in Jump Racing.

“Coverage of The Festival seems to start earlier and be more extensive with each passing year and it was a milestone moment this year when the Boodles Cheltenham Gold Cup received its first broadcast on national television in the USA.

“We look forward to continuing to work alongside the team at Boodles with their tremendous passion and commitment as well all our other partners, both old and new, in the coming times ahead.”

Boodles is the leading British fine jeweller whose reputation has been built on the quality of their innovative design, quality and exceptional customer relationships and service.

Boodles has 10 shops - its flagship stores are on London's Bond Street and in Liverpool. There are two further Boodles in the North West of the UK (Chester & Manchester), one in Leeds and four further shops in London - a concession in Harrods Fine Jewellery Hall, one in the Savoy Hotel, one in the Royal Exchange in The City and one on Sloane Street. In Ireland, there is a Boodles on Grafton Street in Dublin.

The company was founded as Boodle and Dunthorne in Liverpool in 1798 and has remained a family company; it is now run by brothers Michael and Nicholas Wainwright, together with Jody Wainwright, James Amos and Honour Wainwright.