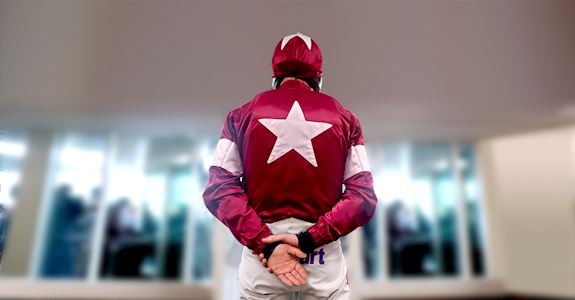 Wednesday, October 2, 2019 – The new Jump season at Cheltenham gets underway later this month with The Showcase on Friday, October 25 and Saturday, October 26.

The popular two-day fixture is the natural starting point for horses returning from their summer breaks and is often used in preparation for The November Meeting, which runs this year from Friday, November 14 to Sunday, November 16 inclusive.

Headlining the action at The Showcase are two £60,000 handicap chases – the Matchbook Betting Exchange Handicap Chase over three miles and a furlong and the Randox Health Handicap Chase over two miles – plus the £40,000 Masterson Holdings Hurdle for four-year-olds. All three races take place on Saturday, October 26.

Andoversford trainer Kim Bailey is considering the Matchbook Betting Exchange Handicap Chase for one his leading lights from last season, Rocky’s Treasure, ahead of a tilt at the Becher Chase at Aintree in early December.

Rocky’s Treasure scored four times in his debut campaign over fences, including a wide-margin success in the G2 December Novices’ Chase over three miles at Doncaster in December.

The eight-year-old’s latest start was at The April Meeting at Cheltenham, when he took second behind Cobra De Mai in the Weatherite Handicap Chase over three and a quarter miles.

Bailey reported: "Rocky’s Treasure is being aimed at the Becher Chase and he may have a run before that at Cheltenham’s first meeting.

“He had a very good season last year and although he did all of his winning on good ground, he ran one of his best races on soft ground when finishing second behind Santini at Newbury [in the G2 John Francome Novices’ Chase].

“We always felt he might be a Grand National horse, but we will take in the Becher Chase first and that will tell us one way or another.

“Cheltenham would seem like a good starting point and we are looking forward to getting his season started."

Among the best horses to compete at The Showcase in recent years is Tiger Roll, who won the Masterson Holdings Hurdle in 2014 and finished third in a novices’ chase in 2016. The remarkable nine-year-old has won the latest two runnings of the £1-million Randox Health Grand National and also a four-time winner at The Festival™ presented by Magners, most recently taking the Glenfarclas Cross Country Handicap in 2018 and 2019.

Away from the track, the racecourse will stage its first Cheltoberfest– Cheltenham’s twist on the ever-popular Oktoberfest.

More information can be found here.