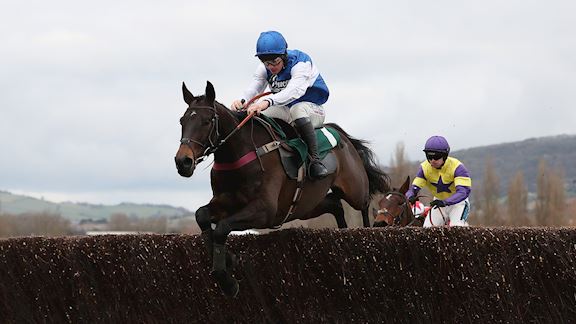 Run over two and a half miles, the BetVictor Gold Cup is one of the most coveted handicap chases of the season and takes place on the second day of The November Meeting, Saturday, 16 November.

Aso (Venetia Williams) defied top-weight to win a G3 handicap chase on Festival Trials Day in January and then ended the campaign with a gallant second in the G1 Ryanair Chase at The Festival™ presented by Magners, both over intermediate distances. The nine-year-old, who is a 20/1 chance with BetVictor, took third on his comeback when upped in distance for the G2 Charlie Hall Chase over three miles at Wetherby on 2 November.

BetVictor's 6/1 favourite Slate House (Colin Tizzard) has been given 10st 5lb, following a dominant 11-length victory in the Matchbook Best Value Betting Exchange Novices' Chase over the course and distance at The Showcase on 26 October.

Saint Calvados (Harry Whittington, 11st 3lb) also triumphed at The Showcase, taking the two-mile Randox Health Handicap Chase in good style under top-weight. Three horses have won the Randox Health Handicap Chase, run over two and half miles until 2015, and the BetVictor Gold Cup in the same season - Johns Spirit (2013), Shooting Light (2001) and The Outback Way (1999).

Chris Gordon is eyeing a big run from second season chaser Highway One O One (10st 2lb), whose most recent start over fences saw him finish third in the G2 Cure Parkinson's And Hambo Foundation Silver Trophy Limited Handicap Chase at The April Meeting. Prior to that, his efforts included a good second in the Timeform Novices' Handicap Chase at Cheltenham on Festival Trials Day.

The seven-year-old, a 25/1 chance with the sponsor, warmed up for the BetVictor Gold Cup with an encouraging second in a handicap hurdle at Fontwell Park on 5 October.

Gordon said: "Highway One O One definitely goes for the BetVictor Gold Cup, provided nothing goes wrong between now and then.

"We know he handles the track well, having run a couple of solid races there last season, and it looks like he will have a lovely racing weight too.

"We thought about him starting him off Chepstow, but myself and the owner [Anthony Ward-Thomas] were due to go to the Czech Republic that weekend to watch the Velka Pardubice, so we decided to run a week earlier at Fontwell.

"I thought he ran a lovely race there and that should set us up nicely for Cheltenham a week on Saturday."

Janika has a 5lb penalty as a result of his victory in the G2 Haldon Gold Cup at Exeter on 5 November. His trainer Nicky Henderson also has Casablanca Mix (10st 12lb) among his five entries, who impressed in winning a Listed handicap chase at Market Rasen in July.

Articulum returned from his summer break with a staying-on second behind stablemate Lakemilan in a grade B handicap chase over just shy of two and a quarter miles at Cork on 20 October. The nine-year-old is 25/1 with BetVictor.

O'Brien reported: "Articulum has a couple of entries at Navan and Naas this weekend, but I would say it is more than likely that he will go for the BetVictor Gold Cup.

"He is rated 148 over fences in Ireland, so I suppose 149 in England is OK. I would expect him to run up to his mark and if he could run a bit beyond it, he should be there or thereabouts - I think he can improve a bit.

"He has mainly run over two miles over fences, but he has won a couple of bumpers over two miles and three furlongs, as well as a point-to-point over three miles. I don't see the trip being a problem to be honest.

"I would like the ground to be on the easy side. I don't think the ground could be too soft for him."

Leading fancy Sebastopol has been allotted 10st 9lb for the £100,000 G3 Unibet Greatwood Handicap Hurdle (42 entries) over two miles, the highlight on the final day of The November Meeting, Sunday, 17 November.

Trained by Tom Lacey, Sebastopol is the 10/1 joint-favourite with Unibet alongside Fusil Raffles (11st 10lb) following an impressive seven-length success in a handicap hurdle at Wincanton on 17 October.

French import Fusil Raffles, one of eight contenders for trainer Nicky Henderson, is unbeaten in 2019, landing the G2 Adonis Juvenile Hurdle at Kempton Park in February and G1 Champion Four Year Old Hurdle at the Punchestown Festival in May.

The weights are topped on 11st 12lb by the 154-rated Le Patriote (Dr Richard Newland), who has not raced since landing the G3 Pertemps Network Swinton Handicap Hurdle at Haydock Park in May.

Others to note include Benny's Bridge (Fergal O'Brien, 10st 9lb), successful over the course and distance The Showcase last month.