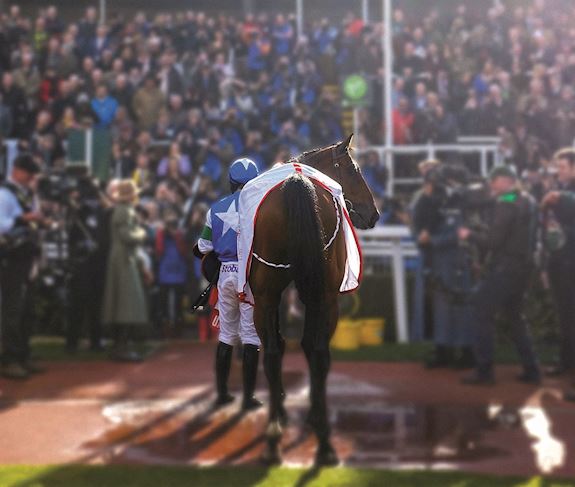 New Year's Day sees the return of Paddy Power to sponsorship at the Home of Jump Racing, with the leading Irish bookmaker extending its support to three races.

Paddy Power had a long sponsorship association with Cheltenham Racecourse through its backing of the Paddy Power Gold Cup at The November Meeting from 2003 to 2015 inclusive.

Paddy Power, spokesman for the company, said: "We wanted to kick the New Year off with a bang and what better place to blow the Christmas cobwebs off than at the magnificent Cheltenham on New Year's Day.

"The company was a long-term sponsor at Home of Jump Racing up until the end of 2015 and what a perfect way to rekindle the relationship at the start of a new year and new decade.

"We love the smell of turf in the morning and can't wait to get cracking at one of the world's greatest sports venues.

"We are really excited to rekindle our love affair with Prestbury Park on the dawn of a new decade in the shadow of Cleeve Hill."

Paul Binfield, racecourse ambassador for Paddy Power, added: "I and all the team at Paddy Power look forward to working with the team at Cheltenham for what should be a great day's racing on New Year's Day."

The £35,000 G2 Paddy Power Broken Resolutions Already Dipper Novices' Chase over an extended two and a half miles was won by Lostintranslation in 2019. The Colin Tizzard-trained Lostintranslation went on to finish runner-up in G1 JLT Novices' Chase at The Festival™ presented by Magners and finished off the season with G1 success at Aintree. He is unbeaten in two starts so far this season, most recently taking the G1 Betfair Chase at Haydock Park in November.

Also staged over an extended two and a half miles is the £70,000 G3 Paddy Power Handicap Chase, which was won last year by Aso, who went on to take second behind Frodon in the G1 Ryanair Chase at The Festival.

Kalashnikov (Amy Murphy) is being aimed at the Paddy Power Handicap Chase in 2020. The six-year-old was a G1 winner at Aintree last season and has made two appearances so far during the current campaign, most recently when going down by a nose under top-weight in a two and a half mile handicap chase at Newbury on 29 November.

Newmarket-based Murphy said: "Kalashnikov is in great form and we are very happy with him.

"Cheltenham on New Year's Day is the plan at the moment. There is a G3 chase (Paddy Power Handicap Chase) and that looks a good target.

"He ran a brilliant race carrying a lot of weight at Newbury and we were so proud of the effort.

"He could have run again between Newbury and New Year's Day but there are plenty of big races in the spring for him."

The seven-race programme at Cheltenham on New Year's Day runs from 12.15pm to 3.50pm. Another highlight on the card is the £50,000 G2 Dornan Engineering Relkeel Hurdle over two and a half miles, which could see the 2019 Sun Racing Stayers' Hurdle winner Paisley Park (Emma Lavelle) line up.

Under 18s go racing for free on New Year's Day. Club/Tattersalls Enclosure ticket holders will have access to a variety of complimentary entertainment in the Family Fun Zone, including exclusive appearances from Alex the Lion and Skipper the Penguin from the film Madagascar at intervals throughout the day.