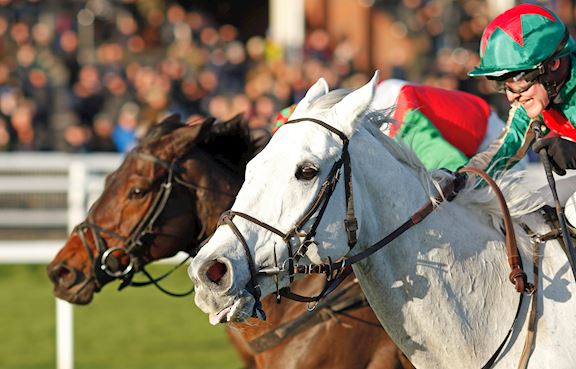 Hampshire trainer Chris Gordon will be well-represented at Cheltenham on Festival Trials Day, this Saturday, 25 January, the final fixture at the Home of Jump Racing before The Festival™ presented by Magners (10-13 March).

Gordon's runners are led by Highway One O One, who is Paddy Power's 5/1 joint-favourite alongside Warthog (David Pipe) for the £70,000 G3 Paddy Power 45 Sleeps To Cheltenham Trophy Handicap Chase (1.50pm, 19 entries) over an extended two and a half miles.

Highway One O One (11st 3lb) twice ran well over the course and distance last season. The eight-year-old was second to Kildisart in the Timeform Novices' Handicap Chase on Festival Trials Day and ended the campaign with a close third in the G2 Cure Parkinson's And Hambo Foundation Silver Trophy Handicap Chase at The April Meeting.

Highway One O One has performed consistently again this season and on his latest start finished third, beaten a length, in a valuable three-mile handcap chase at Kempton Park on 27 December.

"He has been in good form this season. He has gone up another 2lb for his run at Kempton, but he has been very consistent, and I would like to think he goes to Cheltenham with solid claims, although it looks a wide-open race.

"On The Slopes was third behind another of our horses Commanche Red on Boxing Day and he will go for the Timeform Novices' Handicap Chase (1.15pm, 2m 4f 127y, 24 entries).

"Samcro (Gordon Elliott IRE) is keeping us out of the handicap as things stand, but hopefully he comes out.

"On The Slopes was meant to run at Huntingdon the other week, but the meeting was called off and this race has been the target since. He is a nice horse.

"Shut The Box will run in the Steel Plate And Sections Handicap Hurdle (4.10pm, 2m 179y, 20 entries) which we have won a couple of times in the past with Remiluc and Lightentertainment."

Final declarations for all the races on Festival Trials Day will be known shortly after 10am tomorrow, Friday, 24 January.