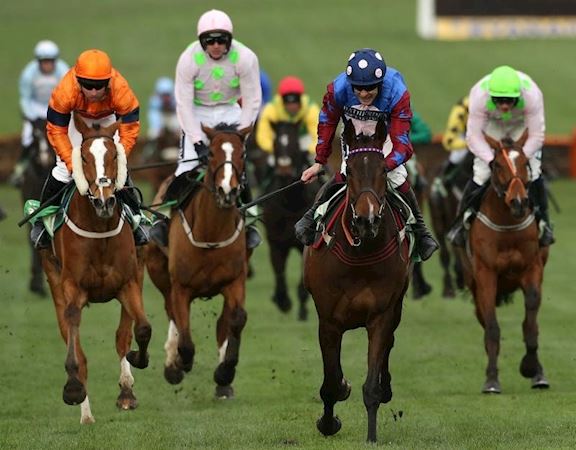 Paddy Power is the new sponsor of G1 Stayers' Hurdle

Paddy Power is today revealed as the new sponsor of the G1 Stayers' Hurdle at The Festival™ presented by Magners.

The Paddy Power Stayers' Hurdle takes place at 3.30pm on Thursday, 12 March and is one of the two G1 championship races on day three of The Festival alongside the Ryanair Chase.

The 2019 running went to Paisley Park, who is 5/4 favourite with Paddy Power to take the honours again this year. Paisley Park is in action tomorrow at Cheltenham, Festival Trials Day, in the G2 galliardhomes.com Cleeve Hurdle.

Leading Irish bookmakerPaddy Power has long been associated with Cheltenham Racecourse and sponsored the highlight of The November Meeting, run as the G3 Paddy Power Gold Cup, between 2003 and 2015 inclusive.

To catch up with all the latest from Paddy Power ahead of The Festival, listen to their new From the Horse's Mouth podcast. Paddy Power himself and Ruby Walsh, the most successful jockey ever at The Festival, it is available every week on all podcast platforms. The latest edition will be posted at 3.00pm today.

"As fans, we have long thought of the Stayers' Hurdle as one of the most compelling Cheltenham Festival races.

"Paddy Power has a long association with Cheltenham Racecourse and it is fantastic that its first race sponsorship at The Festival will be in one of the G1 championship races, the Stayers' Hurdle.

"It has been great to work alongside the team atb Paddy Power following the company's return to sponsorship at Cheltenham on New Year's Day. With Paddy Power's support for two races on Festival Trials Day at Cheltenham tomorrow and now a first race sponsorship at The Festival, this hopefully signals a fruitful relationship for both parties."