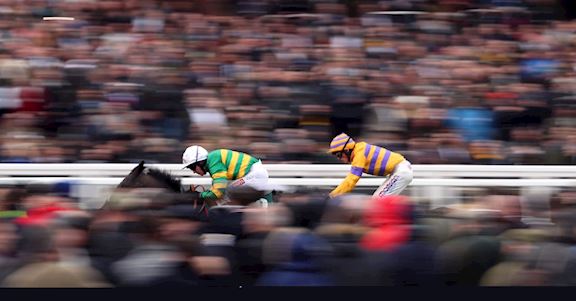 The latest acceptors are revealed today for the six G1 novice races at The Festival™ presented by Magners, as well as the G1 JCB Triumph Hurdle for four-year-olds and G2 National Hunt Chase for amateur riders.

The much-improved chaser is already a dual G1 scorer over fences, most recently defeating Cash Back (Willie Mullins IRE) in a ding-dong finish to the G1 Arkle Novice Chase at the Dublin Racing Festival on 1 February.

Champ (Nicky Henderson) and Minella Indo (Henry de Bromhead), the best staying novice hurdlers either side of the Irish Sea last season, are on course for a big clash in the £175,000 G1 RSA Insurance Novices' Chase (3m, Wednesday, 11 March).

The 34 acceptors also feature magnificent 12-year-old Faugheen (Willie Mullins IRE), who has taken his career G1 tally to 11 this season with two further successes at the highest level.

The £150,000 G1 Marsh Novices' Chase (Thursday, 12 March) over the intermediate distance of two and a half miles sees 46 horses going forward. They include the Willie Mullins-trained pair of Allaho and Easy Game.

The Irish contingent is headed by Latest Exhibition (Paul Nolan IRE), who overcame a deep field to win in G1 company at the Dublin Racing Festival, and the Susannah Ricci-owned Monkfish (Willie Mullins IRE).

Ramses de Teillee (David Pipe), best known as a staying chaser, has been left in after reinventing himself over hurdles this season, landing recognised trials at Doncaster and Haydock Park.