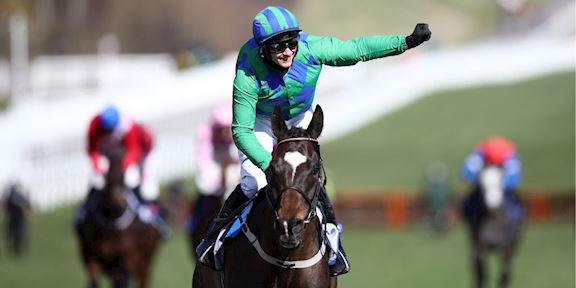 Willie Mullins celebrated what he described as “more than a perfect start” to The Festival™ supporting WellChild as Appreciate It (8-11 Fav) coasted to an impressive 24-length victory in the opening Grade One Sky Bet Supreme Novices’ Hurdle.

There are unlikely to be many easier victories this week and Mullins, who was recording his 73rd Festival success, described the performance as “just awesome”.

“Things looked a bit tough rounding the last bend at Leopardstown and we wondered had he done his best work for the year there so we just got him home, freshened him up and he seems to have worked anyhow as he was just awesome there. I’d not been thinking about that (how he compared to other winners) but the way he finished the race today he looks as good as any of them. 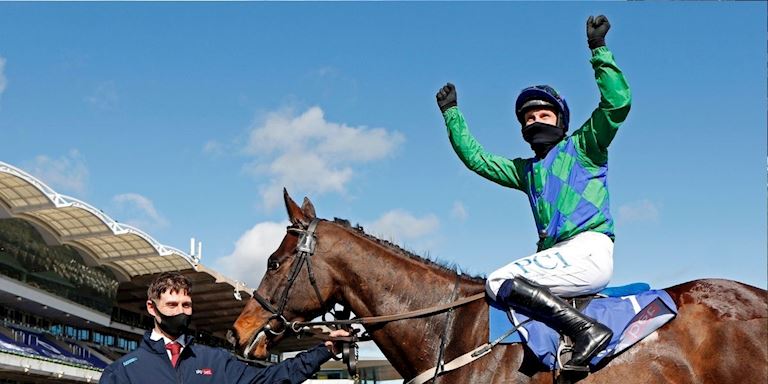 “You would have to think it was a Vautour like performance. I know Vautour made all the running but the way that fellow strode up the hill was fantastic. At the start of the season I had him as a Ballymore horse and Albert Bartlett if that failed so here I am after winning two Grade Ones over two miles I’m probably the last guy to ask where I should go.

“In my head I had possibly that he would be an Arkle horse. I never envisaged him as a Champion Hurdle horse but who knows? I think we will just go to Punchestown and leave that until next season. I always had chasing in mind for him but then I always had chasing in mind for Faugheen too so I think we might be back to the same argument. We will have a word with the owner and see what he wants to do.”

Mullins additionally told Racing TV: “When Paul came in, he said he had so much in the tank — he was so happy. Sorry for Daryl [Jacob] and Simon Munir, their horse (Blue Lord) was running a cracker and he had been doing lovely work at home. We thought he was a real, genuine sub for Appreciate It if anything happened as people were saying maybe we should run him in one of the handicaps, but we felt he deserved his chance in a Grade One.”

Winning rider Paul Townend, partnering his 16th Festival winner, said: “He was obviously very impressive there. Conditions came in his favour, and it was a huge performance. We were able to get a lead off the lad in front [For Pleasure], but my lad is pretty simple to ride, in that he can make his own pace if he has to - he did in Leopardstown last time, and it’s ideal to have a horse like that, as simple as he is, for the first race.

“He’s franked his form from the bumper here last year. We knew he was very good, and he’s beaten all the Irish ones at home, so I was quietly confident, if everything was going right.

“Definitely he’s showed more pace than we thought he would. He won a bumper over two and half miles, so we knew he stayed, and the way he jumps makes him look like a quicker horse than he is, as well.”

Trainer Henry de Bromhead was very satisfied with the performance of runner-up Ballyadam.

He said: “We were delighted with the run. A mistake at the second last cost him a bit of ground and momentum, but other than that he ran well. He finished well, and just that mistake took a bit of momentum sadly.

“We’re looking forward to the future now and he was really good today. We’ve not thought about future plans just yet, we’ll speak to Cheveley Park Stud and go from there. We were just concentrating on getting to today and I’m really happy with the run.”

A further half-length away in third was 40-1 chance For Pleasure.

His trainer Alex Hales said: “That was lovely. You could count the runners I’ve had here in 20 years on the fingers of one hand and it’s the first time we’ve been placed. I’m just delighted and there should be more to come over fences. He’s not the biggest, but he seems to jump very well and I think that’s what keeps him in it. We’ll go on to Aintree hopefully next and then see where we are.”

Jockey Harry Bannister added: “He’s got his own way of doing it, but if I’d said at the start of the season that he’d be third in the Supreme you would have laughed. He was running in August off 107 and Alex (Hales) and Simon Gilmore, who rides him every day, have done a fantastic job.

“Now he’s not so bad, as I’ve got to know him and got in his head a bit, but he used to take you on for the sake of taking you on. He jumps and travels, and he could be very exciting over fences next season.”

Jonjo O’Neill, trainer of fourth home, Soaring Glory, said: “I’m happy enough with that. He ran a lovely race but wasn’t good enough. The winner was fantastic. A proper horse. That was awesome.”

Daryl Jacob, rider of Blue Lord who fell at the last when lying in second, said: “He was running a nice race and that (last-flight fall) was the last thing I was expecting.”

Harry Fry, trainer of Metier, who finished seventh, added: “My last winner over hurdles was Metier when he won the Tolworth, so I think that tells you all you need to know. That was just too bad to be true, but he’ll be back.”