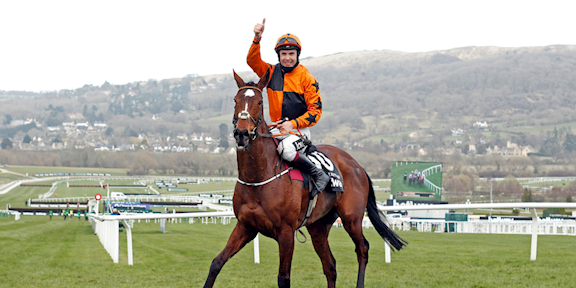 Day Two of The Festival™ supporting WellChild at Cheltenham had everything – thrilling drama, first time Cheltenham winners and an equine superstar destined for next year’s WellChild Cheltenham Gold Cup.

We even celebrated an incredible milestone as Tiger Roll became only the third horse in history to win five or more races at The Festival.

PUT THE KETTLE ON COMES TO THE BOIL AGAIN 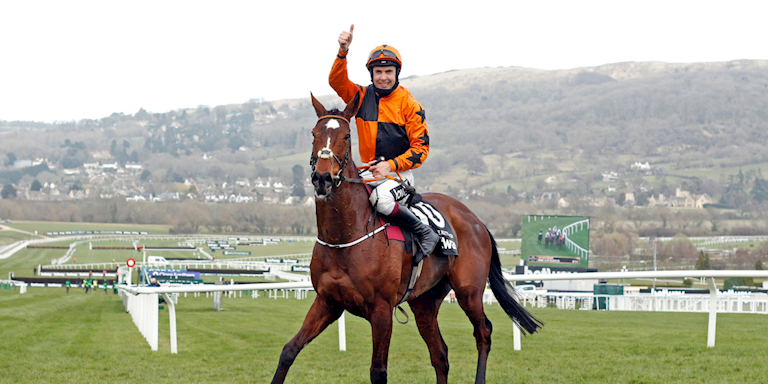 Henry De Bromhead’s extraordinary Put The Kettle On produced a sensational performance to become the first mare to win the Betway Queen Mother Champion Chase and extend her unbeaten record at Cheltenham to four races in the process.

Under a superb ride from Aidan Coleman, the seven year old battled back to get past the odds on favourite Chacun Pour Soi after the last fence to give the Irish trainer his second Championship race in as many days.

Afterwards de Bromhead said: “It’s the stuff you dream about. Having a winner at the Cheltenham Festival is what everyone wants to do when they start out but having a week like this is just incredible.”

Jockey Coleman added: “I’ve never ridden her anywhere else but her attitude is fantastic. We had a perfect round out there, we love the track and we love the hill and today was our day.”

Last year’s winner, Politologue, was pulled out of the race as a precaution less than an hour before the start by trainer Paul Nicholls. 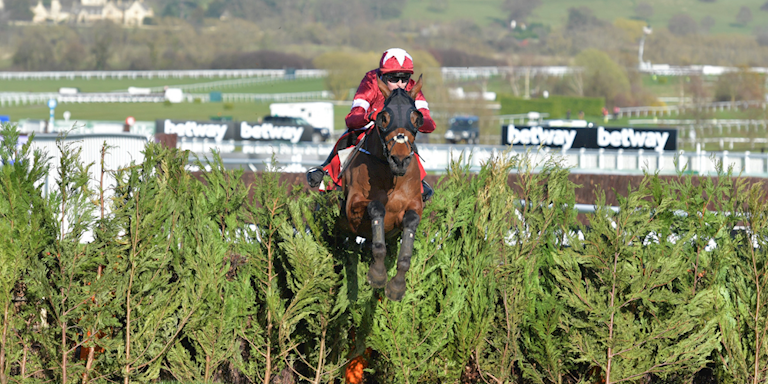 Tiger Roll is a horse who needs no introduction, having won the Randox Grand National twice. But here at Cheltenham he was rewriting the history books again as he became only the third horse ever to win five times at The Festival.

The 11 year old ran out a convincing 18-length winner of the Glenfarclas Cross Country Chase, having previously won the same contest in 2018 and 2019 as well as the National Hunt Chase in 2017 and the JCB Triumph Hurdle in 2014.

The only other horses to win five or more Festival races are Golden Miller, successful in five Cheltenham Gold Cups between 1932 and 1936, and Quevega, who won the Mares’ Hurdle six times between 2009 and 2014.

Lisa O’Neill, representing winning trainer Denise Foster, said: “He is a sensation and words cannot describe what he is. He means so much to the team back home. I think some people may have lost a bit of faith in his last few runs during this season but we retained all the faith in him as we knew he still had plenty of fire in his belly and he showed that today.

“He loves coming to Cheltenham and coming up that hill with that sun on his back. Everything just falls into place here.”

Winning rider Keith Donoghue added: “We never doubted that we had him peaking for the right time. We always knew what this horse could show, and there’s no better horse than Tiger Roll to doubt the doubters.” 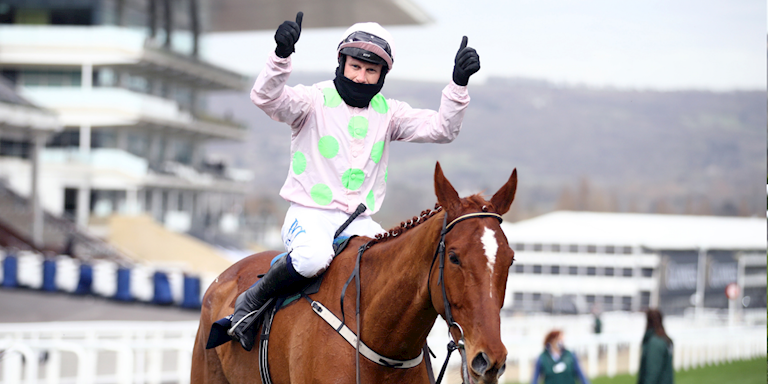 Willie Mullins described Monkfish’s victory in the Grade One Brown Advisory Novices’ Chase as “the most nerve wracking race I’ve ever watched”.

The seven year old has earned himself quotes of 9-2 for next year’s WellChild Cheltenham Gold Cup after winning at The Festival for a second successive year, following his victory in the Albert Bartlett Novices’ hurdle 12 months ago.

But Mullins, who was winning the race for a record fifth time, admitted it was a far from comfortable watch and attributed a small field to the lack of concentration his 1-4 favourite showed as the race unfolded.

He said: “I think it’s the most nerve wracking race I’ve ever watched - 1-4 on in a three mile chase around Cheltenham is not great for the ticker, especially the way he jumped the last as he did.

“Once I got over my fright at the last I was impressed how he pulled away going to the winning post. The first time he ran for me he was a slow staying three mile hurdler so I’m amazed at the amount of improvement he has made.”

BLACKMORE PICKS UP WHERE SHE LEFT OFF WITH BRILLIANT BOB 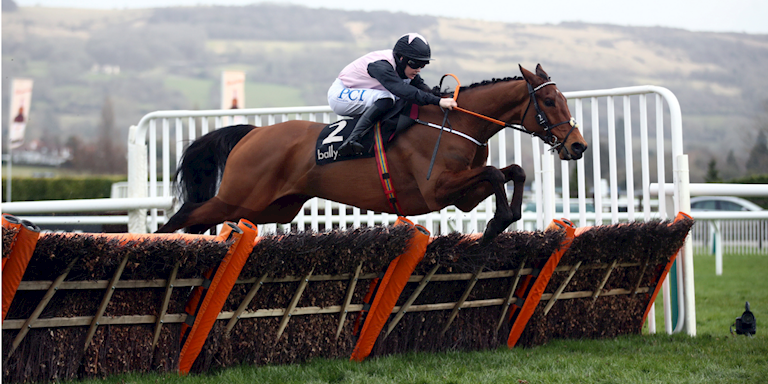 Less than 24 hours after making history by becoming the first female jockey to win the Unibet Champion Hurdle, Rachael Blackmore was celebrating again.

The 31 year old jockey steered Bob Olinger to victory in the opening race of the day, the Ballymore Novices Hurdle, and his trainer was clearly impressed the 6-4 favourite.

Henry de Bromhead said: “I’m delighted with him. Rachael was brilliant on him again, and he couldn't have done it any better. He’s a horse we’ve always liked, and he’s done very little wrong. He’s very exciting.”

Blackmore added: “It’s unbelievable. I’m so delighted for Brian Acheson (owner) and his family. He puts a lot into this game and he’s got a very special horse on his hands now I think. His potential is sky high, I would say.” 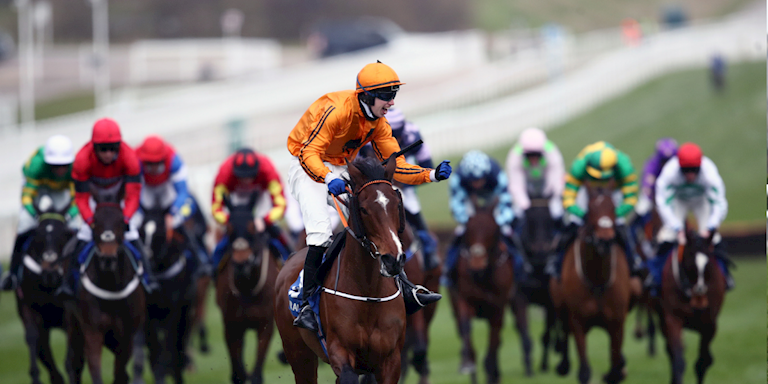 Trainer Paul Hennessy and jockey Richard Condon were given a guard of honour by their Irish peers after Heaven Help Us gave them both their first ever winner at The Festival™ supporting WellChild when taking the Grade Three Coral Cup Handicap Hurdle.

Hennessy is a greyhound trainer by trade with 40 dogs but has just three horses in training, while Condon is a 7lb claimer who was having his first ever ride at Cheltenham.

Irish colleagues emerged from the Weighing Room to give the popular duo a guard of honour as they returned from the track to the winner’s enclosure to give them a moment they will never forget.

Heaven Help Us was returned at 33-1, the joint longest-priced winner in the history of the 2m 5f contest, but there was no fluke about the victory as the Yeats mare scored by nine lengths.

Hennessy: “We took a chance, and wasn’t Richie brilliant? He’s never ridden round here before and he just took the race by the scruff of the neck. She’s just amazing, I can’t describe her - she’s my Enable.”

Jockey Condon, 24, joked afterwards: “You dream about these kind of things and for it to happen in such an early stage in my career it hasn’t sunk it in yet. I’m disappointed the pubs aren’t open but back home in Ireland we are dairy farmers and there probably won’t be a cow milked for a week!”