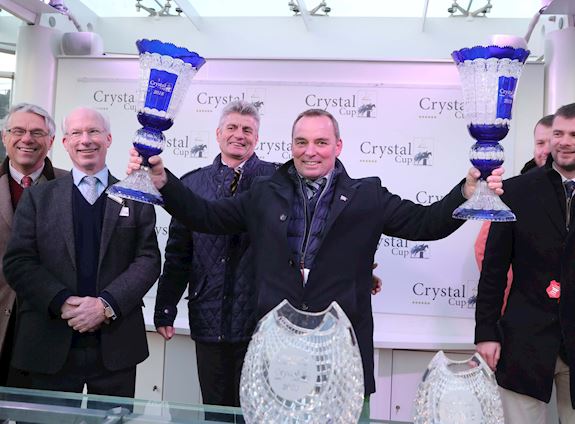 After a successful year with the Crystal Cup, we are pleased to announce the new 2019 dates have been released!

The Crystal Cup European Cross Country Challenge was a new initiative developed in 2010 that brings together the finest international horses and riders to reward the most successful stable in cross country steeple chasing.

The 10 race series, with over 700,000 Euros in prize money, will be hosted by many of Europe’s premier racecourses, over unique combinations of hedges, banks, ditches and timber. The Challenge begins in Pau in South West France in February. The final race is at Cheltenham in December following four further races in France and visits to Poland, Belgium, Italy and to the Czech Republic for the Velka Pardubika.

“France is proud to be involved in this exciting, six-nation initiative, that brings together Europe’s leading Cross Country racecourses to celebrate the most successful stable in the 10 chosen races”. Jean d’Indy, Vice Chairman of France Galop.

The first of the 10 races begins in Pau, France on 3rd February. We look forward to seeing you there.