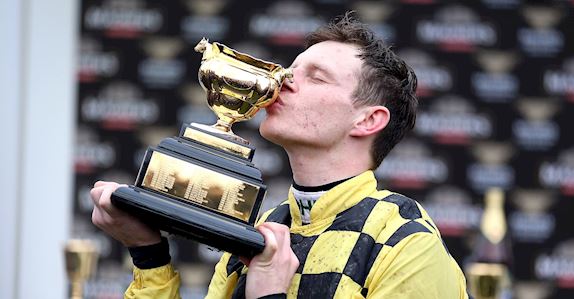 With less than nine weeks to go until the biggest week in Jump racing’s calendar, all roads lead to Prestbury Park for four extraordinary days of racing.

The festive period is not a time for relaxing for racing folk, as the calendar is jam-packed with top quality racing both in the UK and across the Irish Sea. The period from Boxing Day to New Year’s Day can often feel like a lull, but not in this sport – it is a significant stop en route to the greatest stage.

The Ladbrokes King George VI Chase held at Kempton Park is a historic race, producing incredible moments and one man who seems to have the race at his mercy is Champion Trainer, Paul Nicholls. Heading into the race with the reigning title holder, Clan Des Obeaux and the seemingly invincible Cyrname, the highest rated horse in training and not to mention fresh from his victory against the once unbeatable Altior – he certainly looked the man to beat once more. It was last year’s champ, Clan Des Obeaux who came out on top. Having been deserted by his regular rider, Harry Cobden who had opted for the young pretender Cyrname (finished 2nd), Sam Twiston-Davies took the ride for his former boss Paul. After the race, the trainer expressed how the horse had once again thrown himself into contention for the Magners Cheltenham Gold Cup in March as he is a much stronger horse this season.

The Tizzard team were left scratching their heads as Lostintranslation, who was on for the £1million Jockey Club bonus before the race, didn’t travel or jump with his usual fluency. Following the race, the trainer suggested he may investigate the horses wind as he “made a little noise in the race”. The Cheltenham Gold Cup still remains the main aim for the horse that is becoming a fan favourite, and regular pilot Robbie Power will be hoping the chestnut can rediscover his usual sparkle.

Over in the Emerald Isle, the festive period was the most wonderful time of year for trainer Henry De Bromhead and Cheltenham Festival winning jockey, Rachael Blackmore. The pair teamed up for an impressive four winners over the four day festival, with Cheltenham Festival winner, A Plus Tard beating odds on favourite Chacun Pour Soir in the Grade One contest, just two days after Notebook defeated the popular Joseph O’Brien-trained Fakir D’Oudairies. The Mullins team once again had a successful meeting, with Sharjah landing the Matheson Hurdle for a second year running under Patrick Mullins, throwing him into the Unibet Champion Hurdle contention with the crown up for grabs. The mare, Laurina ran a little under par for Paul Townend and looks to head to the Dublin Racing Festival as the next port of call.

While new names were throwing themselves onto the scene, old favourite Faugheen was continuing his winning streak over fences as a 12 year old and landed his 9th Grade One, albeit his first over the larger obstacles, when convincingly beating Samcro at Limerick.  The old favourite, looked as young as his rivals and looks set to head back to The Festival™ presented by Magners once more.

Magners Cheltenham Gold Cup winner, Al Boum Photo made his seasonal reappearance at Tramore on New Year’s Day a winning one and according to his trainer, Willie Mullins is set to head straight to Cheltenham to try and retain his crown.

The Festival is around the corner, and racing’s biggest names are coming out to play, all with their eyes on a Cheltenham Festival winner.

If you've not already purchased your tickets, we advise buying in advance for the best price. Be a part of the extraordinary from just £39.