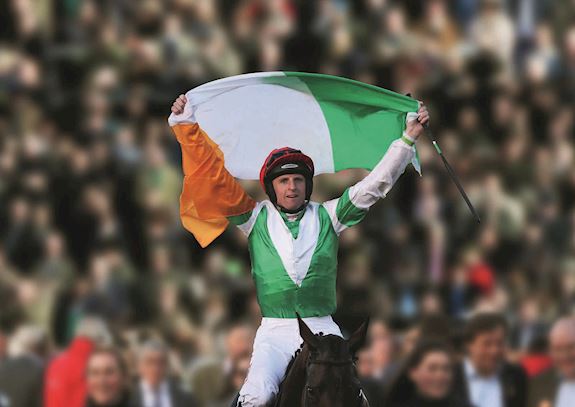 With entries for the feature races of The Festival™ announced, Irish trainers have set eyes on their intended races across the four days.

The gates open for The Cheltenham Festival and we see old Champions challenged by new in front of racegoers ready to let out in one almighty roar on Day One.

Day One features the £450,000 Grade 1 Unibet Champion Hurdle with a total of 36 entries and 16 of these are Irish trained.

Willie Mullins, who has captured the Unibet Champion Hurdle four times since 2011, accounts for four of the 16 Irish-trained contenders.

His team includes the Susannah Ricci-owned pair of Saldier and Sharjah, who have both landed G1 contests in Ireland this season, plus the 2019 G1 Sky Bet Supreme Novices' Hurdle victor Klassical Dream.

There are four novices among the entries, with two of them hailing from the stable of Gordon Elliott - G1 Sky Supreme Novices' Hurdle favourite Abacadabras and last year's G1 Weatherbys Champion Bumper hero Envoi Allen. Royal Gait in 1992 is the most recent novice to win the Unibet Champion Hurdle.

Ireland's hand is strengthened further by unbeaten mare Honeysuckle (Henry de Bromhead), who secured the second G1 of her career in the Hatton's Grace Hurdle at Fairyhouse on her latest start in December.

Following the feature race of the day, the David Nicholson Mares’ Hurdle boasts a prize money of £120,000 and has a total of 36 entries.

Willie Mullins saddled Quevega to all six of her victories and the trainer has an amazing nine wins in the race in total, with Glens Melody (2015), Vroum Vroum Mag (2016) and Benie Des Dieux (2018) also having been successful.

Gordon Elliott follows with a total of three in the form of Apple’s Jade, Black Tears and Surin with Henry De Bromhead with two entries. Nine year old Magic of Light will be looking to maintain a winning streak following recent wins at Newbury and Ascot.

Multiple Winners - Quevega dominates the roll of honour, having captured six consecutive runnings between 2009 and 2014. The Willie Mullins-trained mare became the first horse to win a race six times at The Festival, beating the record she previously shared with Golden Miller, who won the Cheltenham Gold Cup on five consecutive occasions between 1932 and 1936.

The BetwayQueen Mother Champion Chase saw Altior claim his second win in this race and his fourth successive victory at The Festival. The last Irish trained horse to win this race was 10 year old Special Tiara for Henry De Bromhead championed home by Noel Fehily in 2017.

For the 2020 contest, 13 of the 31 entries are trained by Irish trainers including seven from Ireland's champion Jump trainer Willie Mullins. The pick of Mullins' entries with Betway is Chacun Pour Soi, runner-up to A Plus Tard (Henry de Bromhead) in a G1 contest at Leopardstown over Christmas.

The Betway Champion Chase is one of the few major prizes in Jump racing to have so far eluded Mullins.

The racing on Day Three last year will be remembered for years to come as one of the greatest Festival days. The atmosphere was electric as the strong crowd roared home Frodon under Jockey Club Racecourse Ambassador, Bryony Frost in the Grade 1 Ryanair Chase.

Paul Nicholls has the best record of any trainer in Ryanair Chase, with three successes, and the Ditcheat handler's four-strong team also features Ascot specialist Cyrname, Dynamite Dollars and Politologue.

Balko Des Flos' stablemate A Plus Tard looks the pick of Irish-trained entries following his victory over Chacun Pour Soi (Willie Mullins) in a G1 chase at Leopardstown over Christmas. A Plus Tard was one of the most impressive winners of The Festival in 2019 when bolting up in the Listed Close Brothers Novices' Handicap Chase.

The great Best Mate (2002, 2003, 2004) is the most recent horse to successfully defend the Magners Cheltenham Gold Cup and Al Boum Photo is likely to head straight to Cheltenham following a convincing victory in a G3 chase at Tramore on 1 January, just as he did in 2019.

The rivalry between England and Ireland in the 888sport Prestbury Cup is as alive as ever and following a draw in 2019, 2020 trainers from both countries are hungry for the crown this year,

Get best-priced tickets for The Cheltenham Festival before 10:59 am on Friday 31st January.